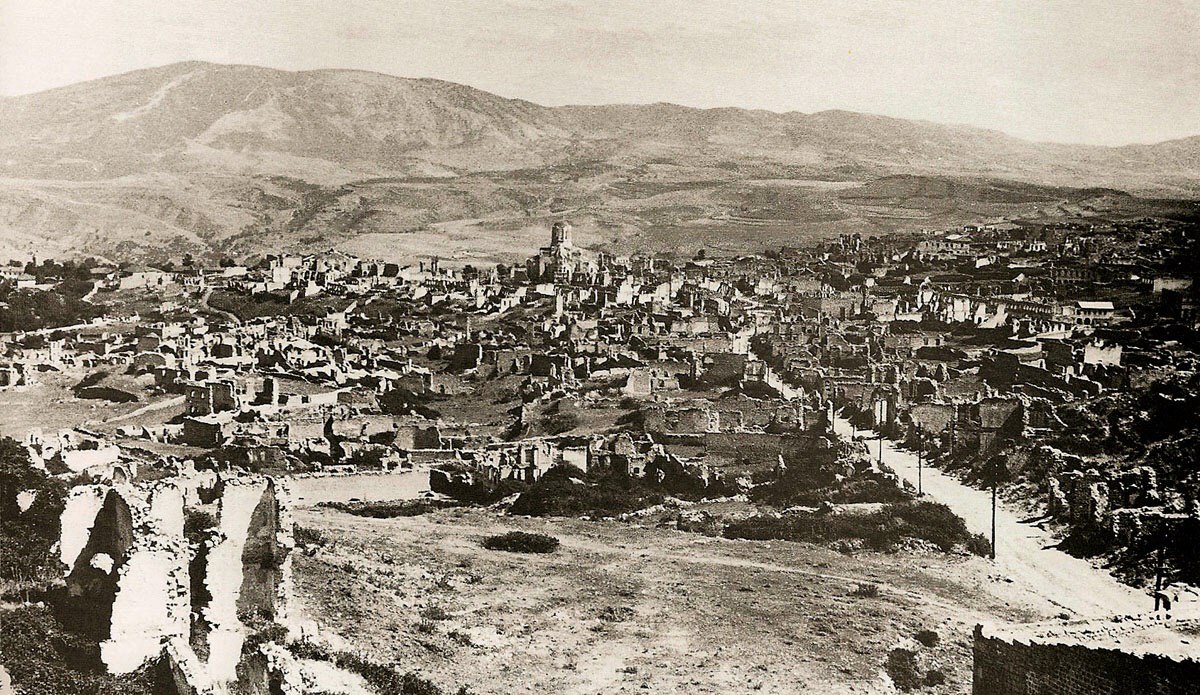 A hundred years ago, on March 23, 1920, the authorities of the newly created Azerbaijani Democratic Republic massacred the Armenian population of Shushi, the then administrative and cultural center of Artsakh. As a result of this heinous crime, thousands of Armenians were killed, tens of thousands were forced to flee their homes and the Armenian part of the city was looted, burned and completely destroyed. The surviving Armenian residents of Shushi, who made up the majority of the city’s population, were completely expelled. Most of the once beautiful Armenian city was in ruins for many years. The enormous cultural heritage of Shushi was destroyed.

The scale and cruelty of this crime struck the contemporaries who visited Shushi immediately after the massacre and noted that the wells were filled with the bodies of women and children. The tragedy left such a deep mark on the city and its atmosphere that even after 10 years it caused gloomy impressions and heavy feelings, which one of the prominent Russian writers of the twentieth century, Osip Mandelstam, reflected in his poem ‘Phaeton Driver’.

The Shushi massacre became the apotheosis of the two-year-long attempts of the Azerbaijani authorities to seize and subjugate Artsakh. These irrepressible and unreasonable territorial claims to Artsakh by Azerbaijan, which was created as a result of the Turkish invasion in the South Caucasus, laid the foundation for the Azerbaijan-Karabakh conflict in its modern sense. The Azerbaijani authorities tried to achieve their goal through the direct support by the Turkish troops. Subsequently, the Turkish officers and emissaries continued to assist the Azerbaijani armed forces, including in organizing the Shushi massacre of 1920, attempting to continue the Genocide of Armenians, now in Eastern Armenia.

The forcible inclusion of Artsakh in the structure of Soviet Azerbaijan, following the Sovietization of the Republics of the South Caucasus, did not solve the issue, as the policy of the Azerbaijani authorities towards the Armenian population of Artsakh changed only in form, but not in content.

The beginning of the process of collapse of the Soviet Union in the late 1980s and early 1990s once again actualized the issue of physical security of the Armenian population of Artsakh. In response to the peaceful demands of the people of Artsakh for reunification with Armenia, a wave of mass killings and pogroms of Armenians swept throughօut Azerbaijan. Thousands of Armenians were killed and maimed, hundreds of thousands were deported. The Armenian pogroms of the 1988-1990s were the continuation of the Shushi massacre of 1920 and clearly demonstrated that even after 70 years neither the goals nor the methods of the Azerbaijani authorities had changed.

Only thanks to the self-organization of the people of Artsakh, which created a capable state with all the necessary institutions, including an efficient army, as well as the support of the Armenians worldwide, it was possible to repel the armed aggression of Azerbaijan in 1991-1994 and to prevent the repeating of the Shushi scenario in Artsakh, but on a larger scale.

Today, the authorities and people of Artsakh are exerting every effort to revive Shushi and to restore, the cultural heritage of the city destroyed by the Azerbaijani authorities.