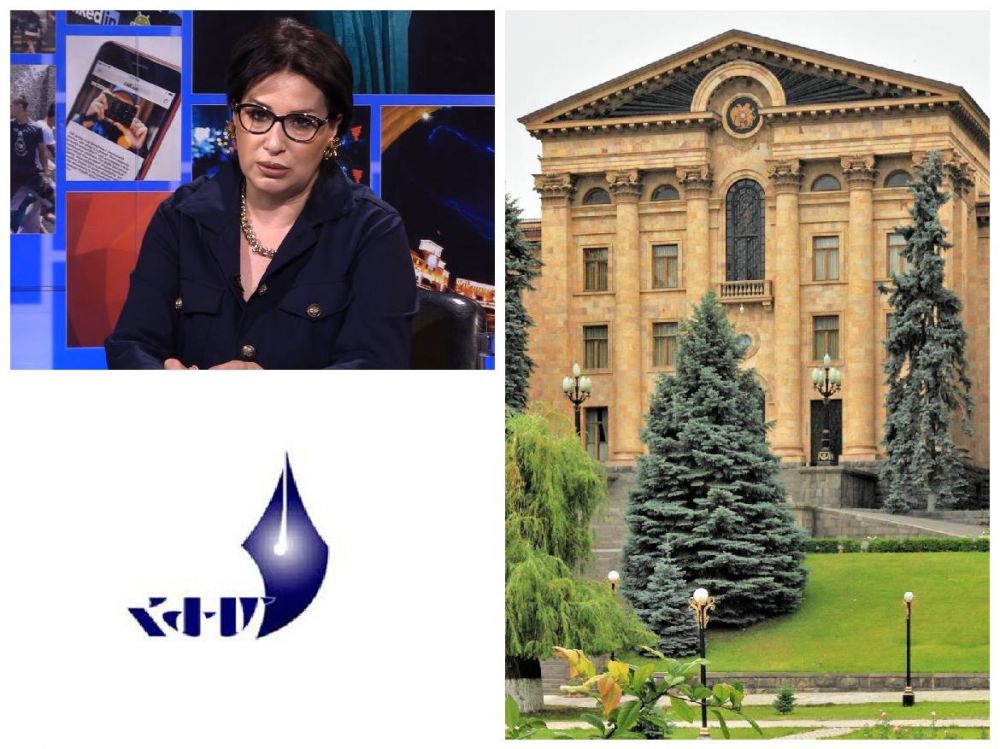 After receiving a “steel mandate” during the parliamentary elections in 2021, the authorities have started the unacceptable and inadmissible practice of setting literally “steel” bans on fundamental human rights and liberties and free speech.

On the last working day, the outgoing parliament of Armenia made hasty amendments to a number of laws, the meaning of which is to criminalize swearing targeted at officials and set far-fetched fines for this, and, as a result, Criminal Code of the Republic of Armenia HO-528-N of 18 April 2003 was supplemented with a new article, that is, Article 137.1.

Alongside this, the newly forming administration of the National Assembly is already taking active steps to essentially restrict the activities of journalists in parliament.

In reality, these legislative initiatives individually fit in the framework of the logic of the authorities’ practice which is democratic in terms of form and undemocratic in terms of substance and which, as a matter of fact, has been applied for years under the patronage of countries and organizations that have silently patronized this and are apologists for human rights protection in Armenia. This policy, which the authorities have adopted, contradicts the Constitution of Armenia, as well as the universal norms of fundamental human rights and liberties and the several conventions that are targeted at the protection of those rights and liberties.

On 4 October 2007, the Parliamentary Assembly of the Council of Europe adopted Resolution 1577 (2007) Towards Decriminalisation of Defamation. Stressing the fact that anti-defamation laws pursue the legitimate aim of protecting the reputation and rights of others, the Assembly nonetheless urges member states to apply these laws with the utmost restraint since they can seriously infringe freedom of expression.

Upon adoption of this Resolution, nearly a dozen Council of Europe member states, including Armenia, undertook relevant legislative amendments to decriminalize offense and defamation (Articles 135 and 136 of the Criminal Code of the Republic of Armenia were repealed under Law HO-98-N of 18 May 2010, and the Civil Code of the Republic of Armenia was supplemented with the disputed Article 1087.1 under Law HO-97-N, which was adopted on 18 May 2010).

In particular, the haste and zeal of the authorities of the Republic of Armenia to go against freedom of speech and freedom of expression spark reasonable doubt that these actions are preventive actions and are aimed at solving the upcoming publicly resonant issues (to solve these issues, the authorities need to restrict the awareness of citizens and avoid a possible social uprising).

The Union of Journalists of Armenia strictly condemns all the undemocratic actions of the authorities that are targeted against fundamental human rights and liberties, including freedom of speech and freedom of expression, and calls on international organizations — committed to the protection of these values — to give adequate responses to the undemocratic processes unfolding in Armenia by taking active steps to prevent them. By permitting similar activities of the authorities, in the near future, we may witness the establishment of a dictatorship in Armenia.

The adoption of such a law in the 21st century sparks several questions, and such processes are ridiculous in our days. There is no progressive country in the world that has succeeded in combating defective phenomena with such laws.

President of the Union of Journalists of Armenia