A selection of weekly publications: Referendum, coronavirus, state of emergency 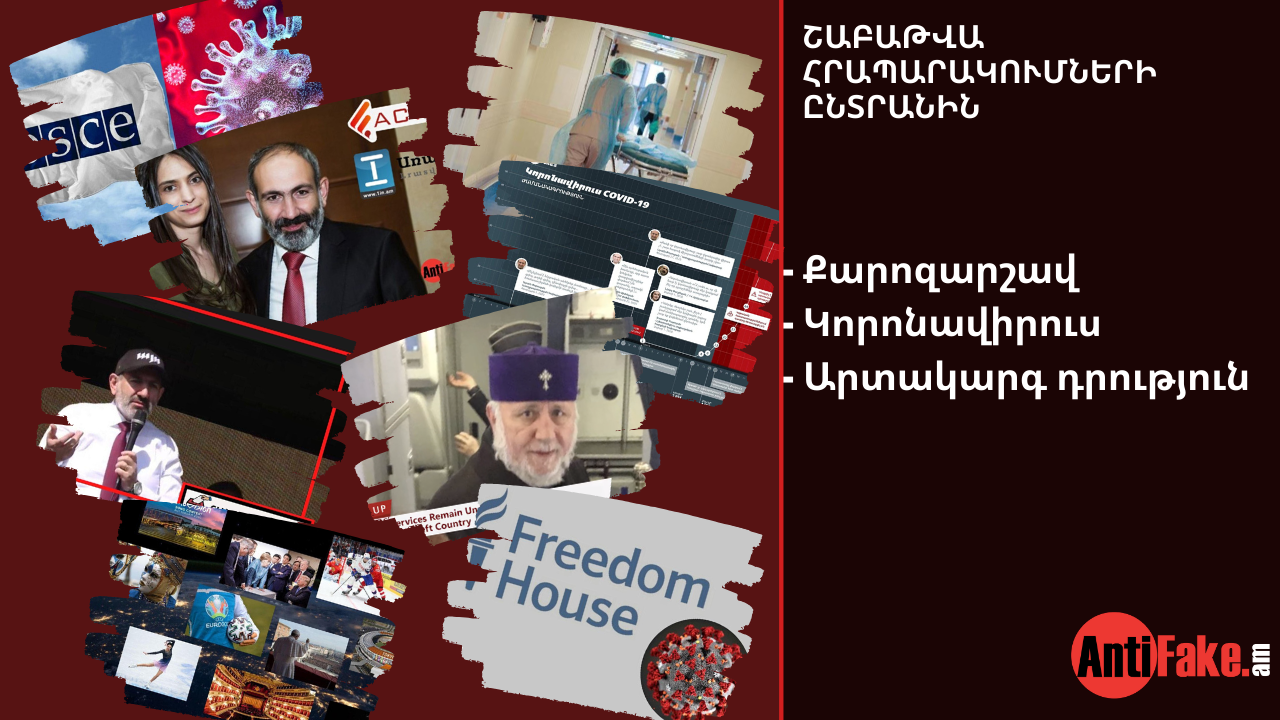 Last week was filled with events, government manipulations and, of course, a new type of coronavirus (COVID-19) pandemic.

On March 12, Nikol Pashinyan returned from vacation and stopped constitutional referendum campaign. The reason was the new outbreaks of a new type of coronavirus infections. We present you the violations, Nikol Pashinyan's statements, which the Prime Minister and his team made during their short campaign. We recorded that the vacation of the Prime Minister of RA, the Minister of Education, Science, Culture and Sports, Arayik Harutyunyan and the Governor of Ararat province Garik Sargsyan were provided with violations. 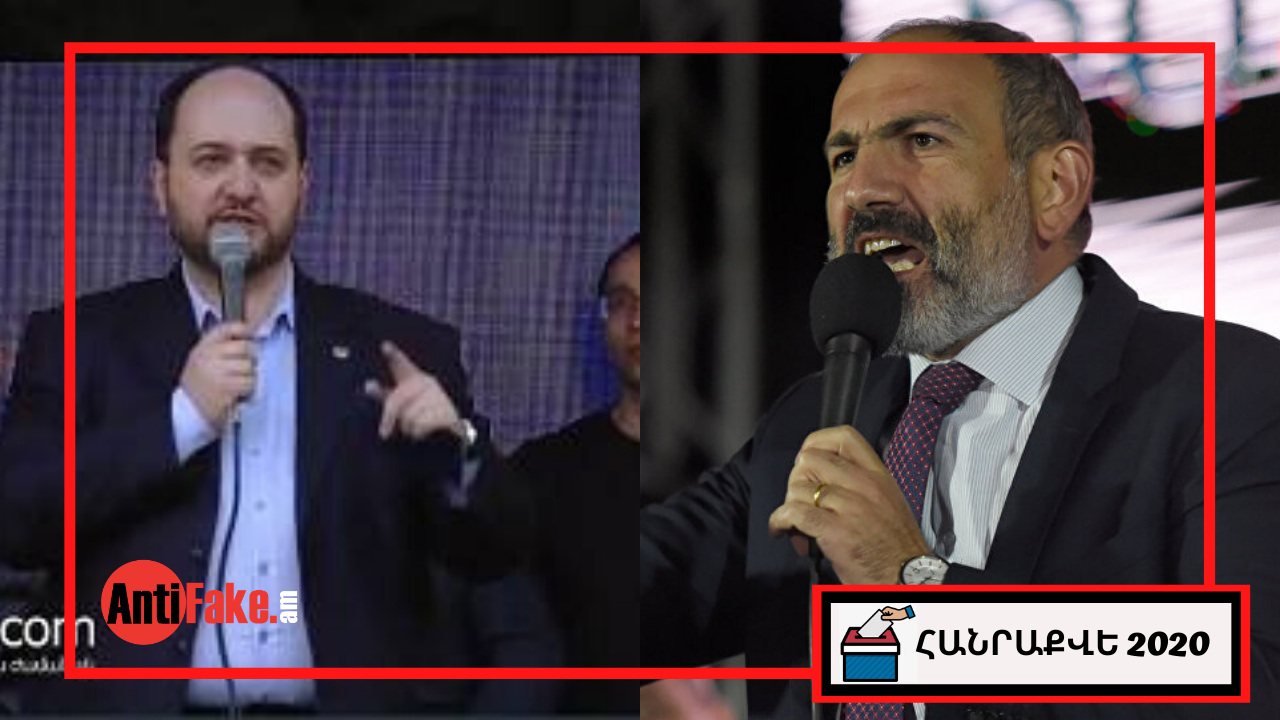 On March 13, Prime Minister's N318-324 resolutions were posted on the Government's official website on the pre-date March 6, 2020, including the vacation decisions of the Prime Minister, Minister of education, science, culture and sports Arayik Harutyunyan, and  Governor of Ararat province  Garik Sargsyan.

Let us remind that after the declared state of emergency in the country, the constitutional referendum on April 5 also is postponed by force of law.

Coronavirus, emergency, manipulation and misinformation in one place.

The week began with the declaration of a state emergency. From March 16 to April 14 a state of emergency was declared in the country following the spread of a new type of coronavirus. Schools, Higher educational institutions, shopping centres have been closed. 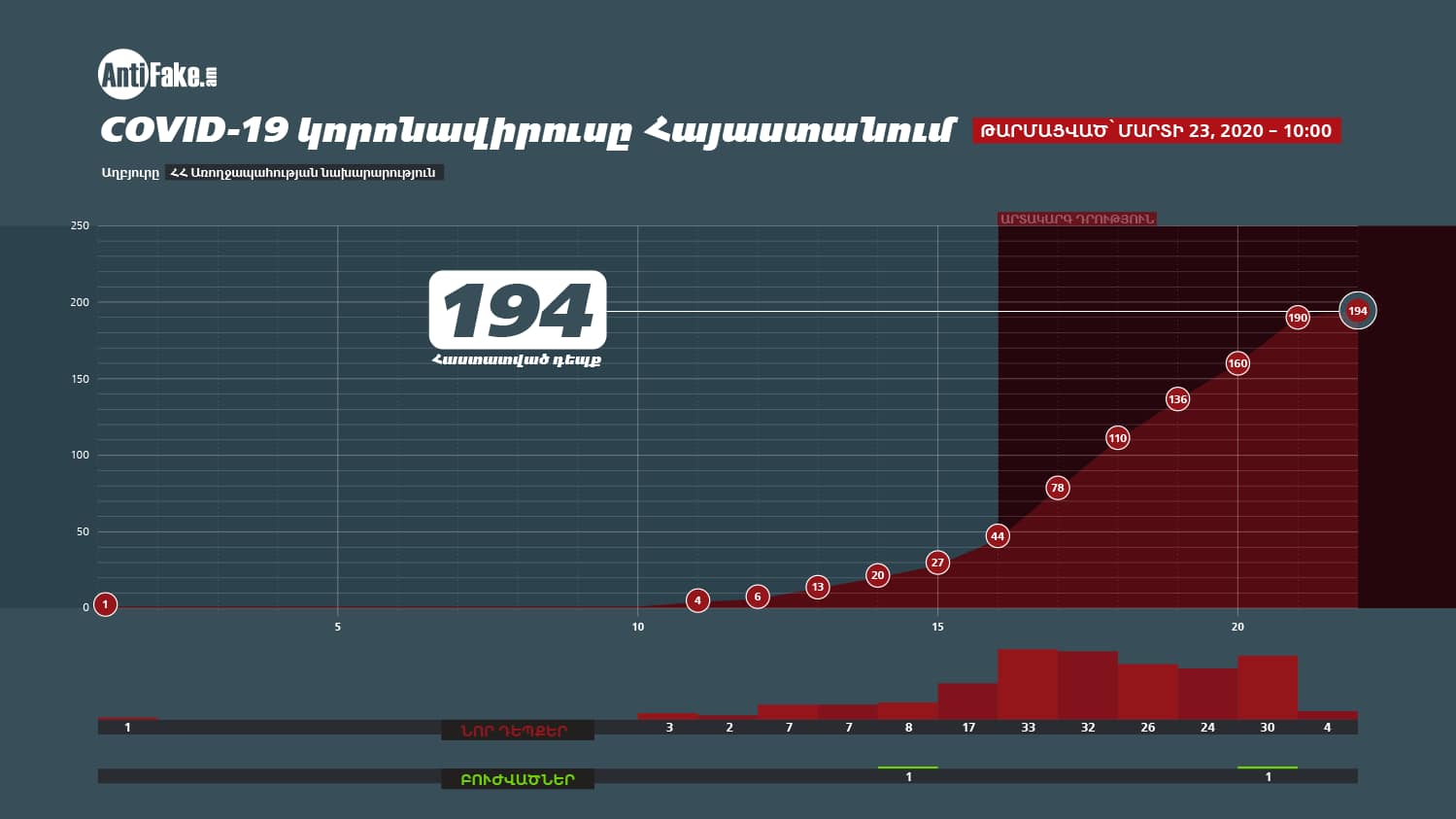 As of March 23, 194 cases of coronavirus infection have been registered in Armenia. 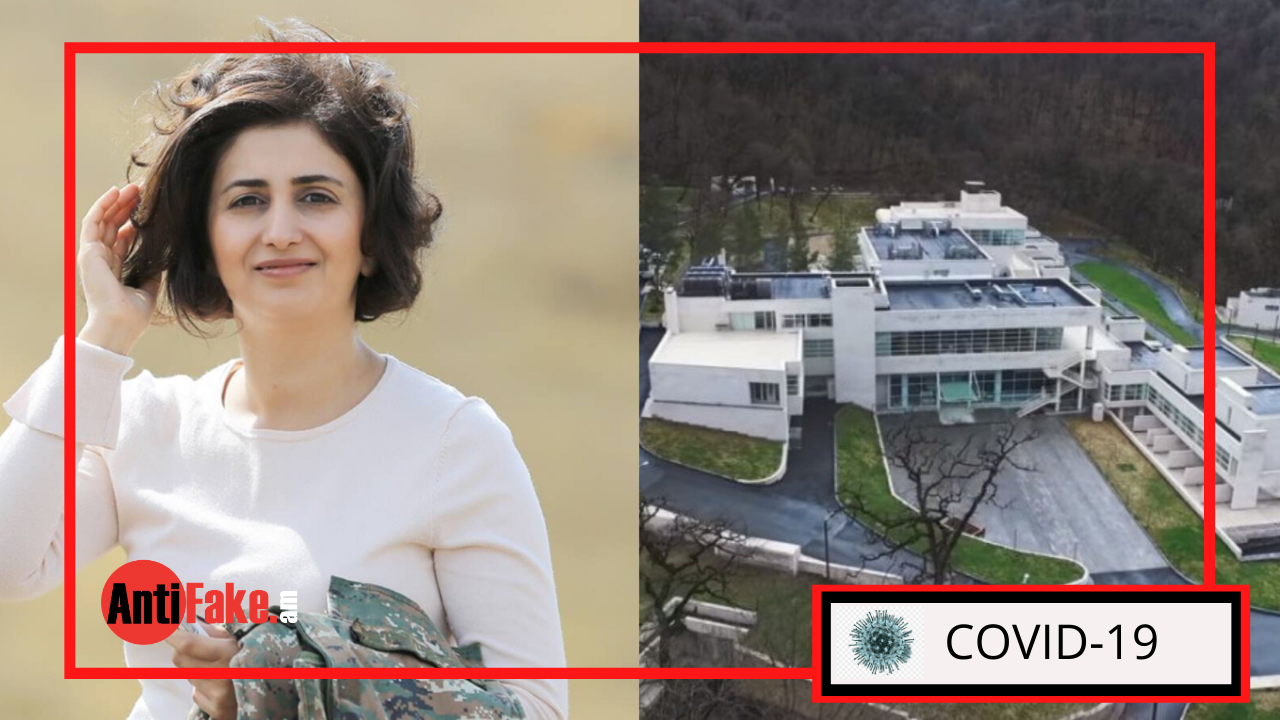 Following the spread of COVID-19, 67 Armenian citizens returned to Armenia from Italy. They should be in a 14-day quarantine. The news was circulating in the press that the citizens would be quarantined at the Monte Melkonian Military College, but the MOD spokesman denied. However the next day, citizens who returned from Italy were accommodated in the college. 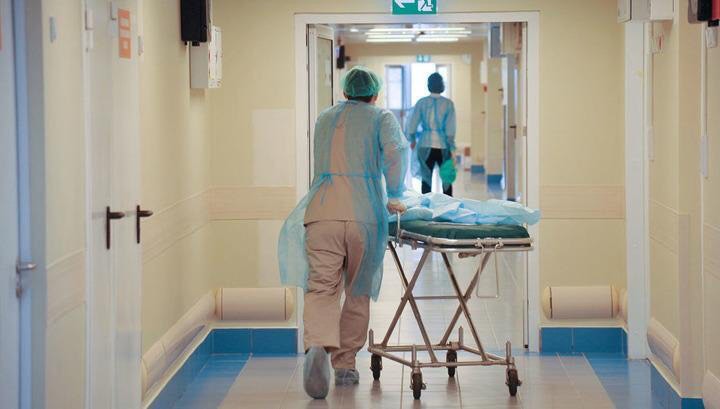 On March 17, a patient with bilateral pneumonia whose coronavirus test was negative died at Nork Hospital of Infectious Diseases. This news was not definitely accepted by the public. So the officials made clarifying statements. 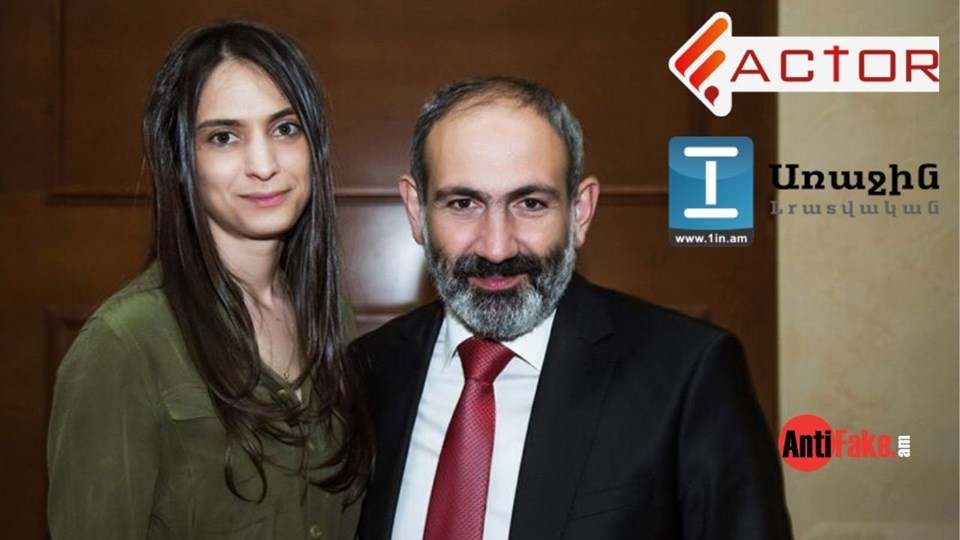 Prime Minister's spokesperson Mane Gevorgyan stated that the journalists who accompanied Nikol Pashinyan during the campaign refused to take coronavirus tests. Journalists, however, argued the speaker's statement, claiming the opposite: "No one has refused (withhold) testing." The speaker spoke with us and promised to find out what had happened. 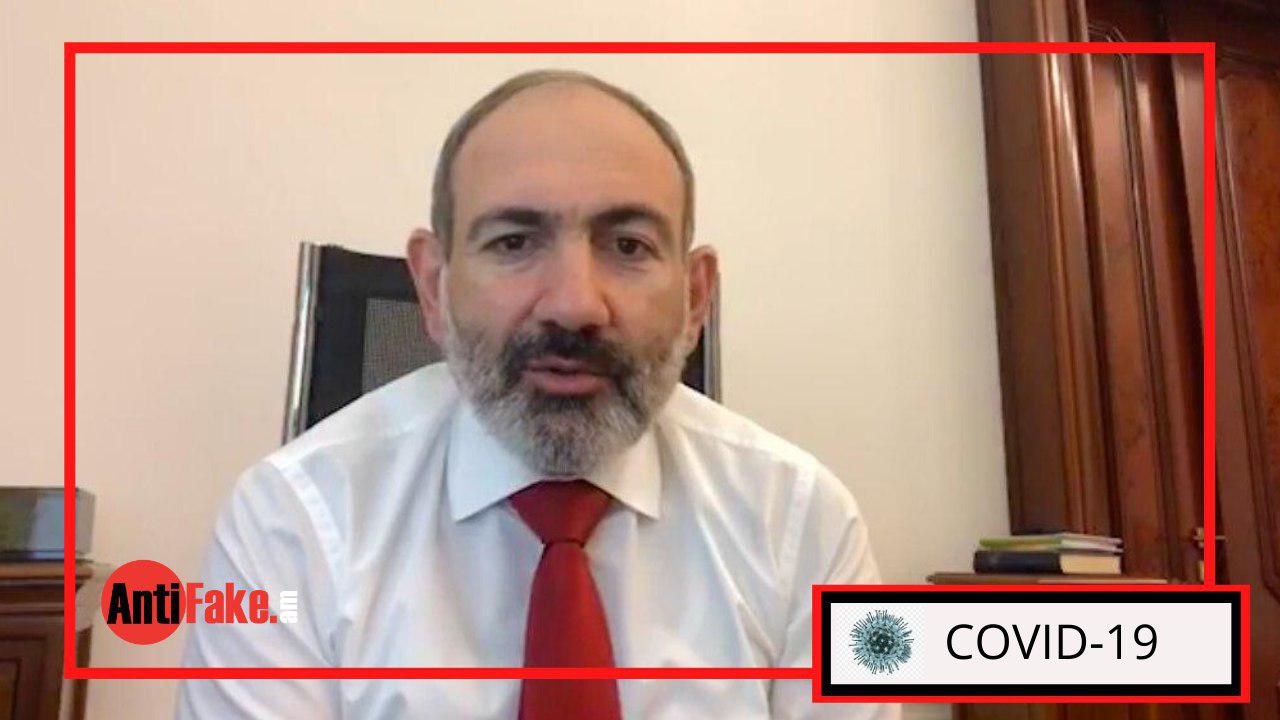 During the week we also highlighted Nikol Pashinyan's statements and genius thoughts on coronavirus. "I would very much like to be sick and cured of coronavirus during this time, and I should not be bothered, and it will turn out that I have acquired immunity to coronavirus," the Prime Minister said. 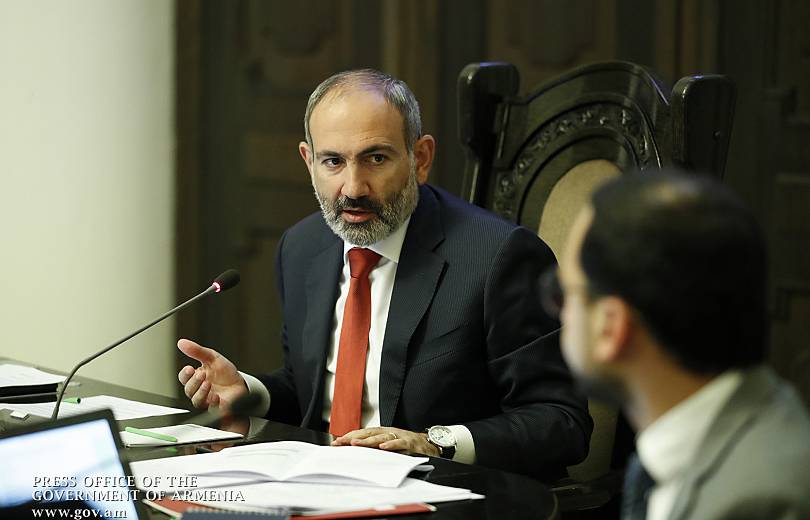 By the end of the week, we had gathered the world's largest cultural events, sports competitions, and regular sessions of international organizations which were cancelled. These include the World Hockey and Figure Skating Championships, the European Football Championship, the Venice Carnival, Eurovision 2020 and etc.

The week was filled with exhortations from international organizations addressed to Governments.

In light of the growing disruptions caused by the COVID-19 pandemic, the monitors for freedom of expression and freedom of the media for the United Nations, the Inter-American Commission for Human Rights, and the Representative on Freedom of the Media of the Organization for Security and Co-operation in Europe believe journalism serves a crucial function at a moment of a public health emergency, particularly when it aims to inform the public of crucial information and monitors government action. "We urge all governments to robustly implement their freedom of information laws to ensure that all individuals, especially journalist have access to information"-said, experts.

Other statements from the Personal Representative of the OSCE Chairperson-in-Office, Andrzej Kasprzyk on suspending monitoring exercises, the Co-chairs of the OSCE Minsk Group urging the sides to exercise the greatest possible restraint, Freedom House organization urging with democratic governance to struggle against the global crisis have also made statements.

Armenian version of  the article.