Dali and Picasso: Almost Real. Shadrin Duplicates Are Presented in Armenia as Originals 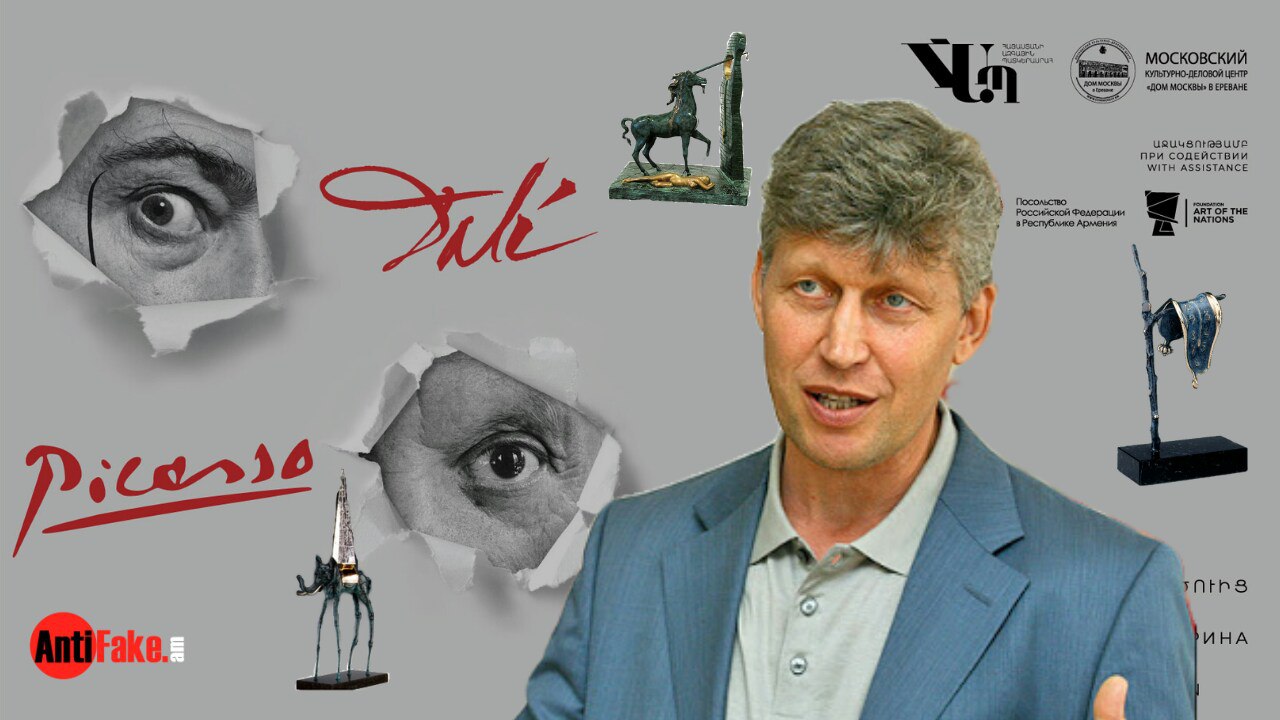 At the beginning of the year, the media have written: “Around 300 works (paintings, sculptures, ceramics and graphic works) by world-famous artists Pablo Picasso and Salvador Dali will be exhibited at the National Gallery of Armenia.

"... The artworks of Spanish artists are from the private collection of Alexander Shadrin, a Russian businessman, president of the “Art of the Nations” Foundation which is the fourth in the world. "

The advertisement and one of the posters of the exhibition at the National Gallery of Armenia were also circulated on the Internet. 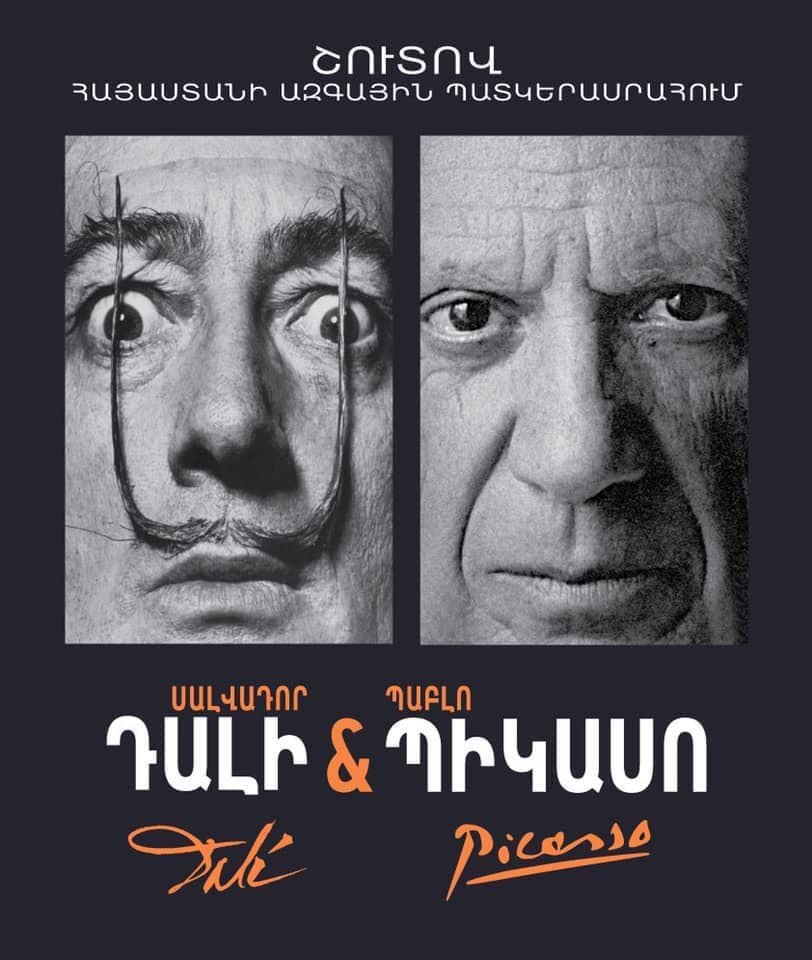 “The National Gallery of Armenia in cooperation with the “Dom Moskvy” cultural-business centre of Moskow in Yerevan and “Art of the Nations” Foundation jointly introduce "Dali and Picasso" exhibition.

260 works by Salvador Dali and Pablo Picasso from the private collection of philanthropist and collector Alexander Shadrin will be exhibited.

The project has been presented in many countries.

The exhibition will be open from March 7 till April 26.

The great interest of the public was due to the greatness of the famous Spanish artists and the display of their works in Armenia for the first time.

But one sentence was missing in the announcement: “Duplicates of the artworks of Salvador Dali and Pablo Picasso will be exhibited”.

Let's come from the very beginning.

In the official website of the Fund is said: "Russian businessman, collector and philanthropist Alexander Shadrin founded the “Arts of Nations” Foundation to promote cultural exchange of different nations.

The foundation has a rich collection of artefacts and artworks by Indians of pre-Columbian America, Japanese, Russians, Spaniards, Chinese, Mongols, Japanese. The main activity of the fund is the organization of exhibitions... We exhibit our collections, and thanks to our extensive connections around the world, we help fund our partners organize exhibitions as well.

“I have been widely investing in the arts and various cultural projects for the last twenty-five years. I arrange and hold art exhibitions in Russia and abroad. This activity made it possible for me to fulfil myself to a greater extent. Communication with artists, the examination of archival documents and professional literature, handling the works by the Great Masters and wide experience in arranging exhibitions throughout Russia for many years—all this has made me an expert in this field”, says Shadrin.

According to the official website, the collections of Foundation include artworks by Salvador Dali, Pablo Picasso, the Japanese and pre-Columbian American era.

Exhibitions have been organized in Moscow and various cities of Russia, as well as in China, Latvia, Lithuania, Belarus, England.

Before the fund, businessman Alexander Shadrin had organized the exhibitions of his collection himself and confessed: “Exhibits Are Not Original”. Shadrin announced about this back in 2008, when he was preparing for the next exhibition in Voronezh, Russia. Many of the designs were acquired by Shadrin from the "Dali Paris" gallery which produces certified duplicates of the famous artist. "For decades, the Dali Gallery in Paris offers a wide selection of graphic art and sculptures, allowing you to create or enrich your collection." is specified in the gallery's advertising clip.

"No other collector, no other museum in the world has accumulated as much of the works of Dali and Picasso as I did", said Shadrin in 2015, once again organizing an exhibition of duplicates in Minsk.

Shadrin has also adopted a surprising attitude in this story. Back in 2010, when Shadrin was looking for a philanthropist to organize a permanent exhibition of the works of Dali in Kazan, during the press conference he stated that the works were acquired from the European Fund "Dali Universe" in 2006. (The same he told the reporters in Yerevan). In that time Shadrin said that each work had a certificate, but the offer to show it was rejected by the collector. According to his words, the documents are kept in a Swiss bank and each one can be compared to the real artworks of Dali.

We visited the official website of the "Dali Universe" Fund. The Fund proposes to acquire an example of Dali's sculpture ‘’Alice in Wonderland’’, which, as presented in the certificate, "was created ... from original artwork by Salvador Dali gouache, and the first cast in 1984. The sculpture was cast after Dali's death. ” 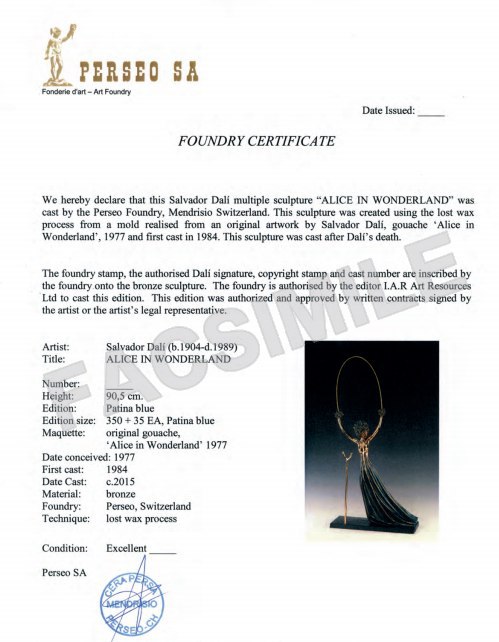 The certificate containing the full characteristics of the duplicate sculpture which has legal force is available despite Shadrin's assurances.

You can also obtain a sculpture identification certificate from this fund. 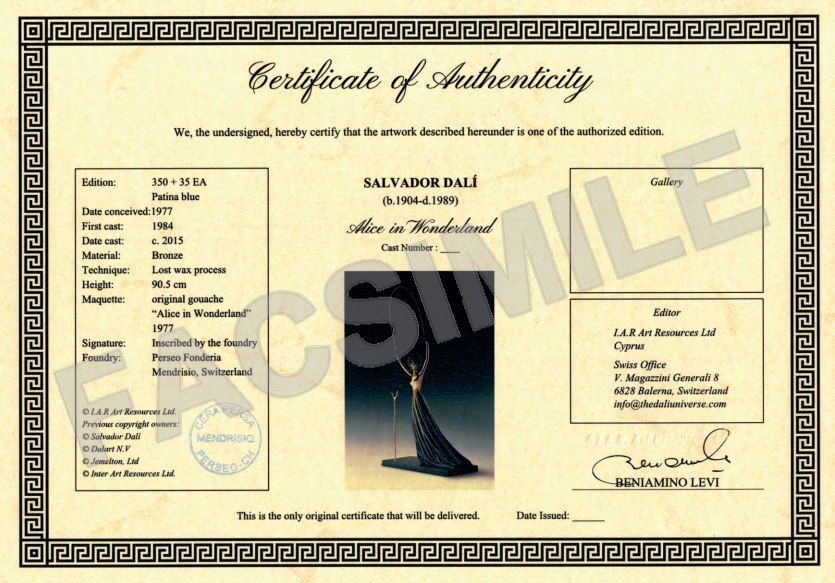 All duplicate sculptures have a certificate of authenticity.

We also tried to find out the approximate value of Dali's duplicate artworks.

For example, the cost of Shadrin's much-loved “Unicorn” artwork varies from € 30,000. 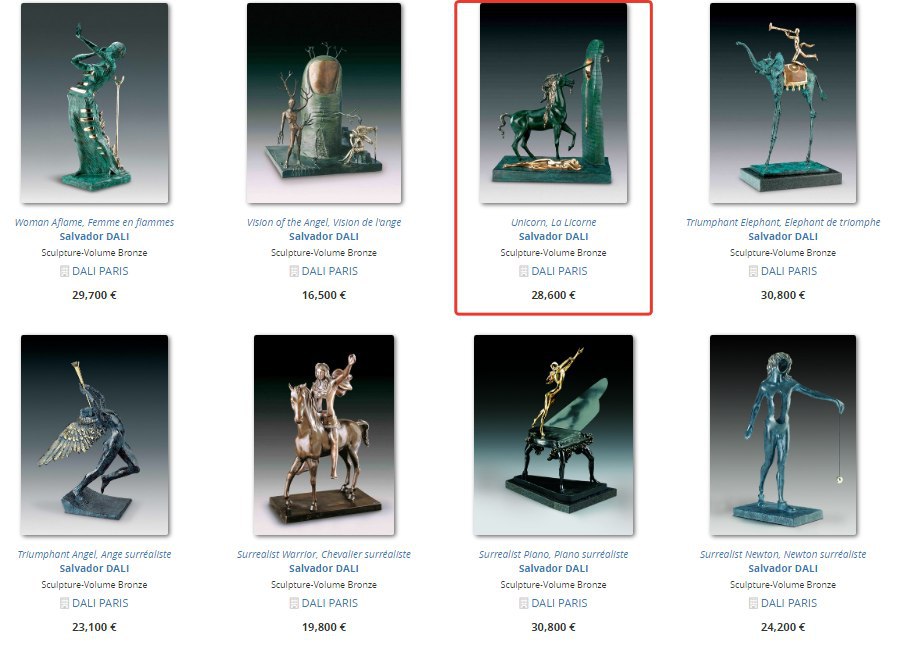 The "Unicorn" from Shadrin's collection is also exhibited in Armenia. We remind that in 2008 Shadrin assured that these artworks were duplicates from numerously existing examples in the world.

It is also noteworthy to tell about the money Shadrin earns from the exhibitions. Shadrin says that "Dali is one of the few that allows working money".

The cost of the collection is also unknown because they are not the Dali's exact artworks, that are worth tens of millions, they are lithographs and sculptures, duplicates that exist in large numbers in the world.

For example, it was calculated that the two-week exhibition in Kazan back in 2010, insured Shadrin almost 4 million rubles income. Taking into account that Armenian exhibition is not from the cheapest, Shadrin's income will not be less.

The entry is free for children under 6 years, war participants and people with disabilities."

As for the National Gallery of Armenia, note that the “Dom Moskvy” and the Ministry of Education, Science, Culture and Sports were obliged to inform the Armenian art-loving public that they would witness not the original artworks of great artists, but simple duplicates acquired by a collector... This is not only a dishonest work style, but it also defames the reputation of the National Gallery of Armenia.

Instead of presenting the truth and reality to the public, the relevant bodies including the Minister Arayik Harutyunyan have distributed the forgery with great enthusiasm.

We have contacted the National Gallery’s Press Secretary Anush Nikoghosyan, who urged us to accept the Gallery director's and collector's statements as official information and follow other media reports.

We talked to the some of the people who were excited to see the artworks of Picasso and Dali and posted pictures on their Facebook pages and were proud that they had the opportunity to see the original artworks of geniuses. None of them could have guessed that what they had seen was duplicate, so it was disappointing for them to know the truth.

As we could see, until today these exhibits have not been exhibited at any of the world-famous museums or galleries except for the Yerevan Exhibition. 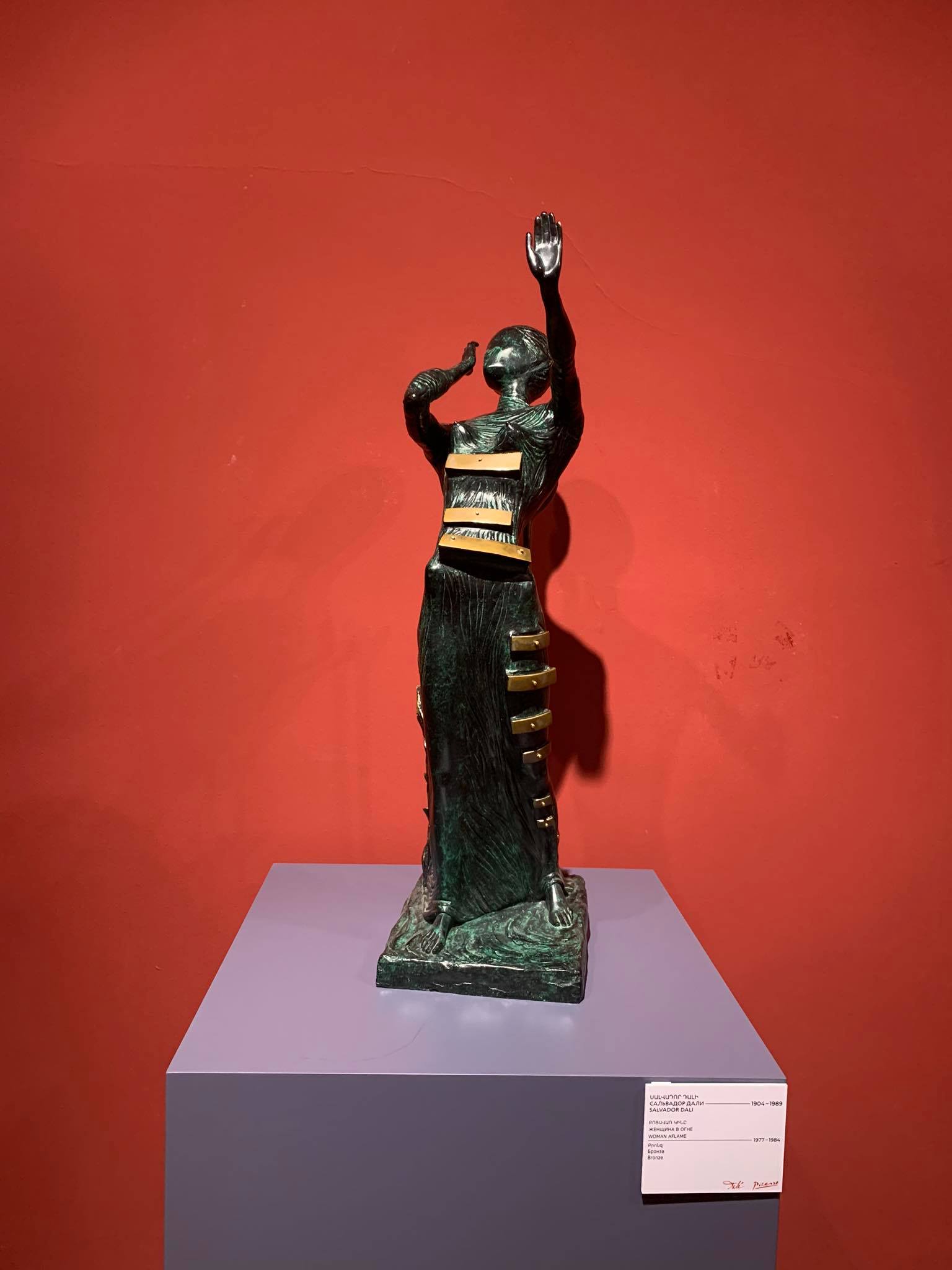 Armenian version of the article

Russian version of the article