Who are Nikol Pashinyan's Alternative Candidates for Yerevan Mayor? 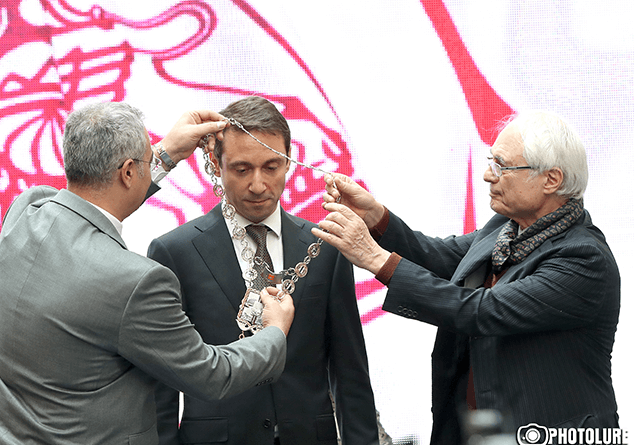 A few days ago, it became clear that a group of MPs from the My Step faction visited Yerevan Municipality to meet the mayor Hayk Marutyan. The meeting was held as a closed one and was initiated by the members of the My Step faction. The goal of the ruling deputies was to learn from Hayk Marutyan the solutions given to issues that worried the residents of the city. Hayk Marutyan did not accept the criticism and complaints voiced during the meeting claiming that the Yerevan municipality had been doing all it had been able to do.

About a month ago, the political elite of the Civil Contract party had a similar meeting with the members of the My Step faction of the Yerevan Council of Elders, but without Hayk Matutyan. As a result of the meeting, it became clear to them that Hayk Marutyan was not a good fit, who could find solutions to the issues the city had, and that a number of problems the city was facing would become much bigger. Consequently, they would turn into a threat not only to the citizens of Yerevan, but also to the reputation of the Civil Contract party and Nikol Pashinyan, as Hayk Marutyan was elected as a mayor only due to the Nikol Pashinyan's high rating. As a result, each failure that Marutyan experiences is associated with Pashinyan himself.

Hayk Marutyan has been unable to find ways to fulfill his election promises for over a year. But that's not all, as Hayk Marutyan has managed "to create more problems for himself" inside the My Step faction of the Yerevan Council of Elders. This is due to the Hayk Marutyan’s policies in the municipality, which cause dissatisfaction of the representatives of the ruling faction.

According to our knowledge, the purpose of organizing two meetings within a month with the political elite of the Civil Contract party and the NA faction was also to seek clarifications on these issues.

As a result of these meetings, the members of the Civil Contract party came to a definite conclusion - that is, Hayk Marutyan can not stay in that position in any way or another. He should be substituted immediately taking into account the posen threats as well as the reputation of the political team and Nikol Pashinyan.

One option is to substitute Hayk Marutyan with another member of the Council of Elders. But Yerevan needs a serious leader, who will be competent enough to govern the city, where half the population of the country resides, and there is no such person in the existing Council of Elders.

According to our knowledge, Pashinyan is considering two candidates for Yerevan Mayor: Tigran Avinyan and Suren Papikyan. According to Pashinyan, these candidates are competent and will be able to solve the crisis that the city experiences and save the reputation of the political team.

All this can be implemented through new elections, but Pashinyan understands that choosing that option will cause a major failure in Yerevan, as the citizens will not vote for the political force that has turned their city into a garbage dump, has not solved the problems of transport, elevators, and deprived them of their jobs.

During this time of summer, when political events hardly take place, the number one issue for citizens to discuss is the waste disposal problem and other unsolved issues the city faces, with Hayk Marutyan being the main responsible, which is why his political team has drawn such fierce criticism. Therefore, Nikol Pashinyan faces a dilemma. In the course of time, it will become clear how this political tangle will be solved.

The Armenian and Russian versions of the Article.