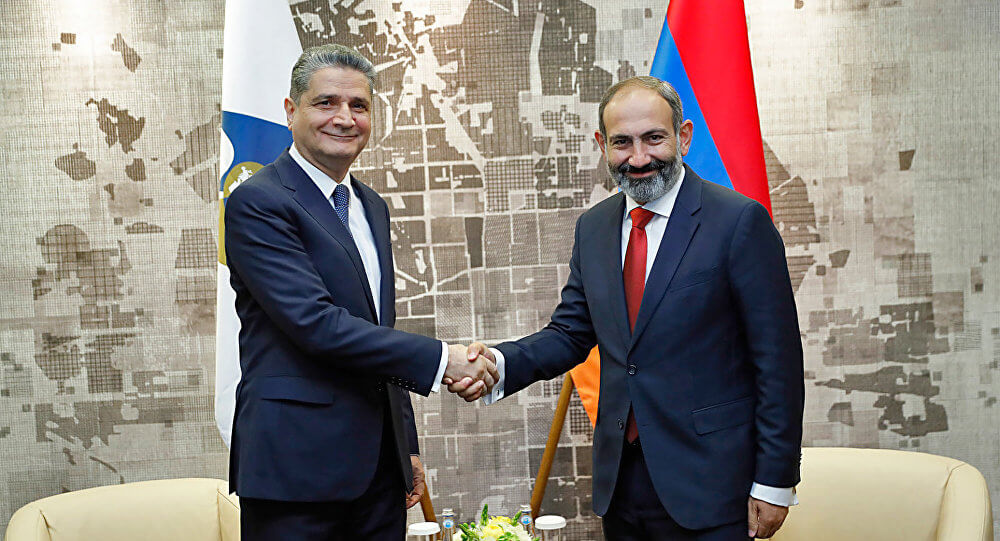 In Armenia, the political trickery in collecting various dividends among the citizens takes place very often.  This issue also affects the significant processes of strategic importance for the state.

Many representatives of the opposition, who had a problem with getting citizens' votes to realize their own political goals, began to criticize the decision of the former authorities.

Among them, there were many representatives of the current government, in particular, the Prime Minister Pashinyan, who even voted against membership of the EAEU during the hearings in National Assembly in December 2014.

Moreover, when the Way Out (in Armenian, Yelk) alliance was formed years later, it was noted in the election platform of that oppositional unit that joining the EAEU would be a political mistake. Many MPs made speeches in National Assembly, even proposed resolutions on leaving the EAEU or in general, on the issues related to the EAEU.

For example, in 2017, during the discussion of the new Customs Code of the EAEU, Pashinyan voted against it and took the following position, “Singing a new agreement without analyzing the problems that we continue to experience because of joining this or that EAEU treaty, and without analyzing these problems deeply is very dangerous.”

That year, the Way Out faction presented a resolution on leaving the EAEU, and Nikol Pashinyan made a speech about it. In another interview, Pashinyan spoke about the directions of foreign policy and mentioned, “Sargsyan's power is squandering the state.”

Here's what the opposition politician Pashinyan's opinion on the Collective Security Treaty Organization (CSTO) was, “Every day we recall CSTO, and, when there is an attack, it turns out that the CSTO agreement is not for those attacked villages, not for Movses village, but for another village: let’s understand what the CSTO is. Our enemy is armed with by CSTO, and we need to specify what commitments we have in that case.  This Collective Security Treaty will be put calmly next to the Treaty of Sèvres.  We have really made Bruce Lee out of the CSTO.  But in reality, let us understand, what is CSTO and will it be beneficial for us or not?”

It turns out that Armenia's membership of those bodies was unacceptable for Pashinyan in opposition. However, after the famous events in 2018, the approaches changed. As it is commonly said, “the situation has changed in the country.” At the same time, it changed to the extent that Pashinyan forgot all his previous assessments and began to state that the course of the foreign policy of the Republic of Armenia would not be changed.

On May 8 - on the day of his election - Pashinyan stated in his speech at National Assembly, “Armenia will continue to remain a member of the EAEU, and we will devote every effort to make Armenia’s membership of that organization much more productive. Armenia will continue to be a CSTO member as well. … Development of the allied and strategic relations with the Russian Federation is among our top priorities, and Armenia-Russia relations must be based on amity, equality, and readiness to make a joint effort to resolve the existing issues. We consider military cooperation with Russia as an important factor for the RA security system.” Pashinyan reconfirmed his position on foreign policy on May 14, 2018, at the EAEU Council session. Later, Pashinyan mentioned during his meeting with Putin in December that Armenia was determined to continue the integration process within the framework of the EAEU.

In January 2019 the prime minister noted in his speech that when he had been a MP, he had opposed the membership of the EAEU, but that did not mean that the opposite steps should be taken to correct that mistake.

In summary, it should be noted that not only was the promise of changing the course of the foreign policy not kept after the change of power, but also all previous assessments of either the EAEU or the CSTO were forgotten, because the problem, as in all other cases, was not to serve the interests of Armenia, but to remove the Republican Party from the political arena.