It is not a secret that recently there is a process of exhortation of hate speech. All are against it, especially authorities headed by Nikol Pashinyan. But the facts prove to us that hate campaign generally is led by authorities on which AntiFake.am concluded an investigation.

One major part in the hate campaign is implemented with over a dozen channels created on the Youtube social network, which spread lies and fabrications on previous officials of Armenia, their families, and other people undesirable for the authorities defaming and slandering them, as well as inciting inter-ethnic hostility in the everyday period.

AntiFake.am has found out who is behind the YouTube channels that spread and conduct lies, fraud, spreading libel, disseminating hatred through which they spread lies, fraud, slander, and who work on those channels and who funds them.

The publications of the videos with total disinformation in these YouTube channels have started from 2018-2019 years. In this short period, the enormous number of subscribers and the high viewership are the evidence of the fact that they have major fundings and the distribution of videos is done with huge amounts of money.

8rd.am, 8news.am, Nvideo Only1 and other linked channels controlled by them are conducted by Shavarsh Sarukhanyan.

Shavarsh Sarukhanyan is the founder and owner of "8rd alik" LLC (8th Channel") as well as "Nvideo Only1", which is identical with the "NVO1" YouTube channel. 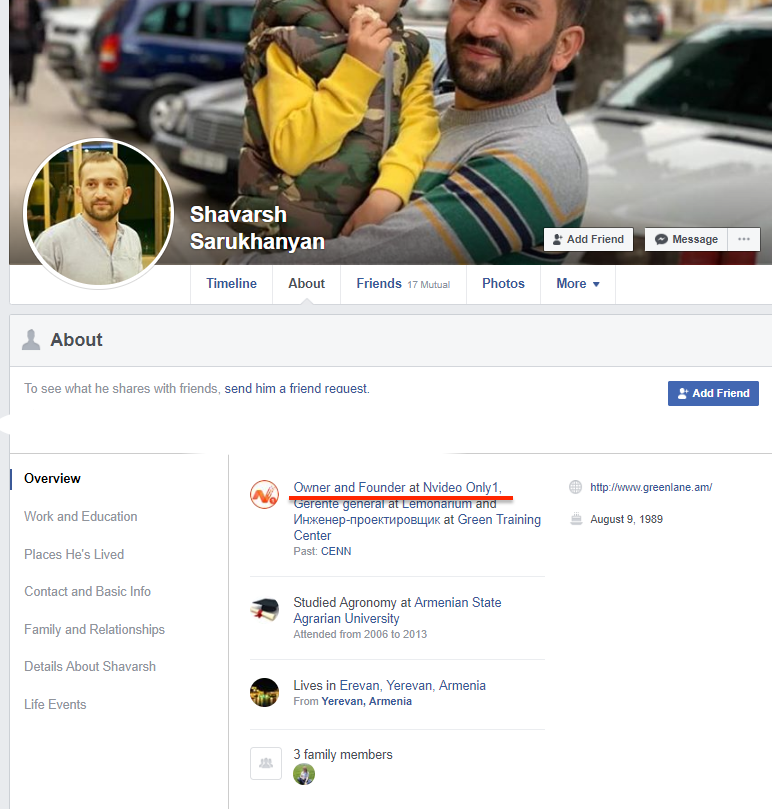 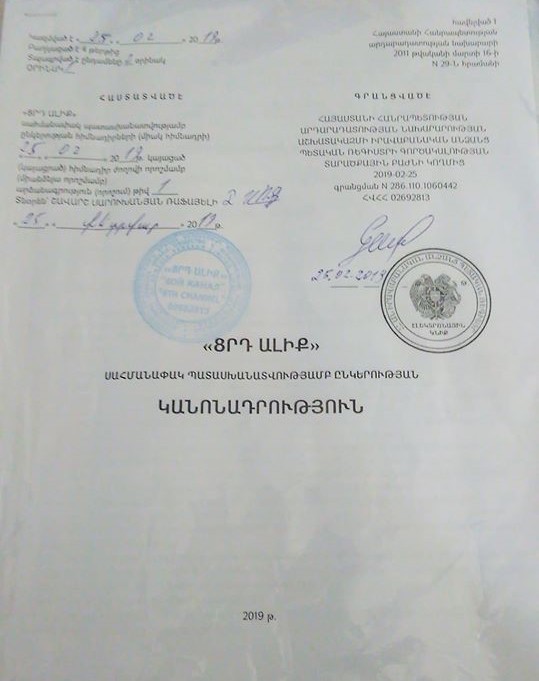 Shavarsh Sarukhanyan is a supporter of Nikol Pashinyan, also was one of the people who broke into Public Radio building during the days of powershift providing the live stream of Pashinyan. 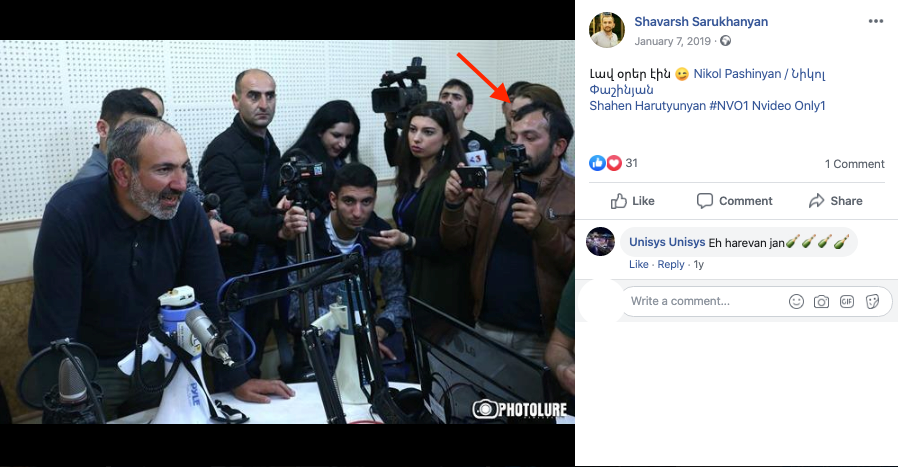 The wife of Shavarsh Sarukhanyan, Mariam Vardanyan, is the founder of "8rd alik" LLC. 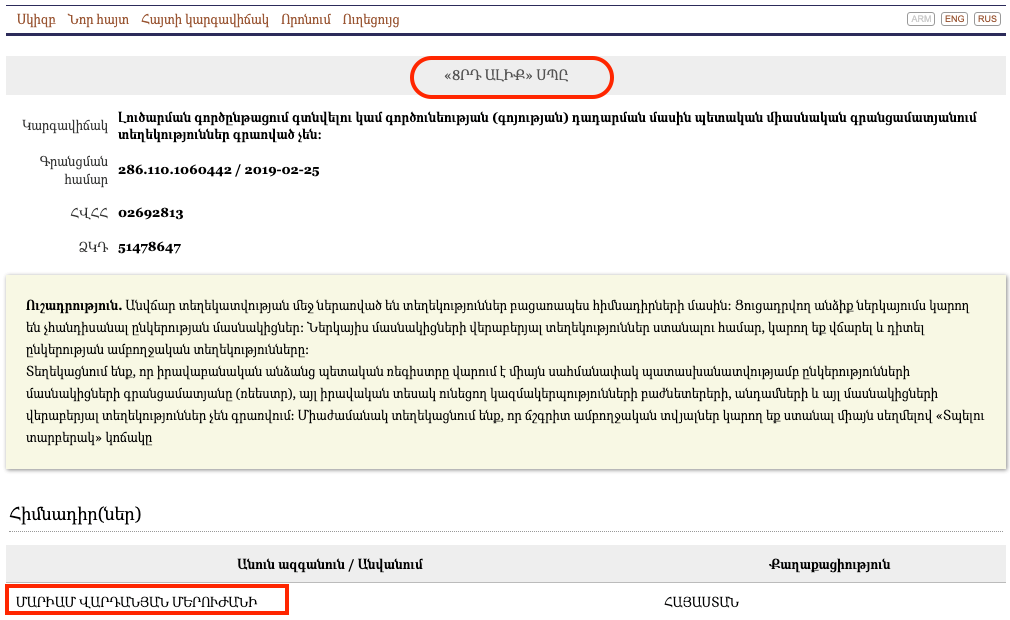 In the Facebook Page of Shavarsh’s cousin, Alina Sarukhanyan is mentioned that she is working in "Nvideo Only1". 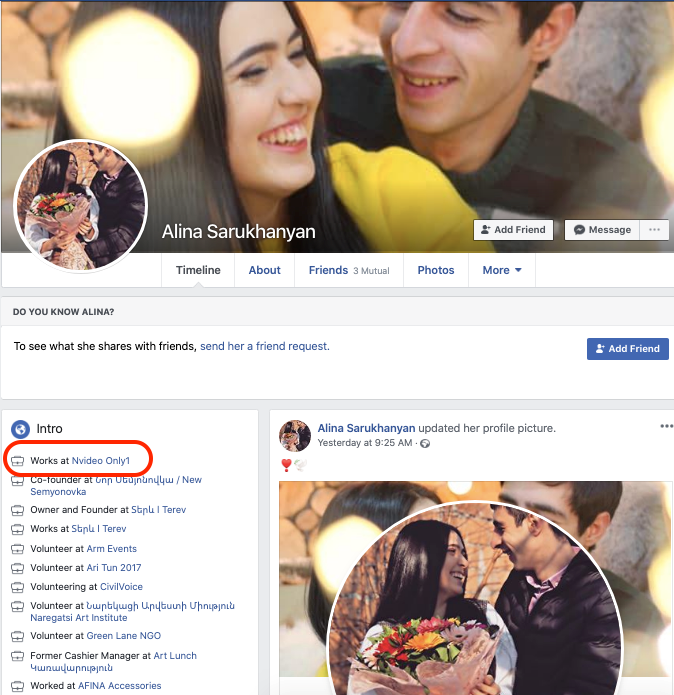 The voice of another sister, Stella Sarukhanyan, can be heard in these videos containing slanders.

The latter sends open letters to Nikol Pashinyan and these videos are also being published in the abovementioned YouTube channels. 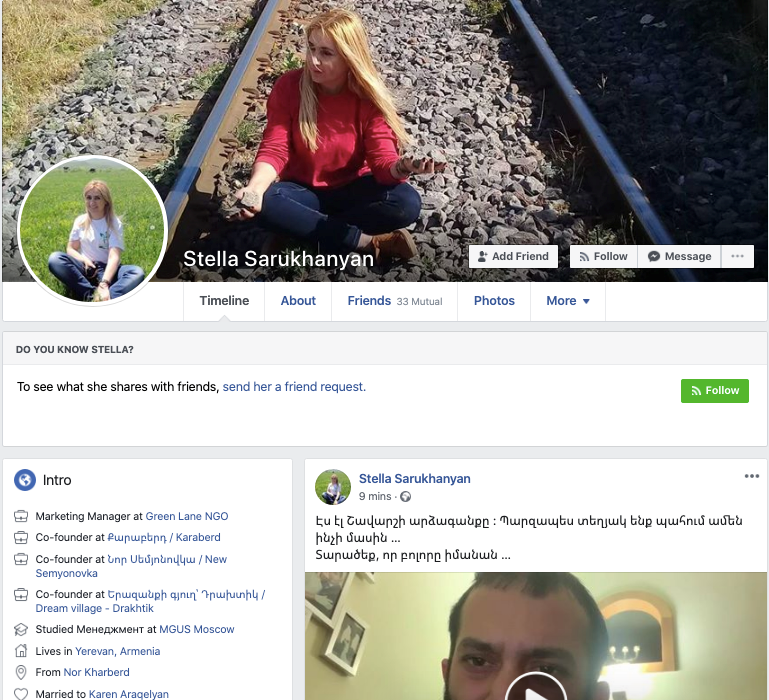 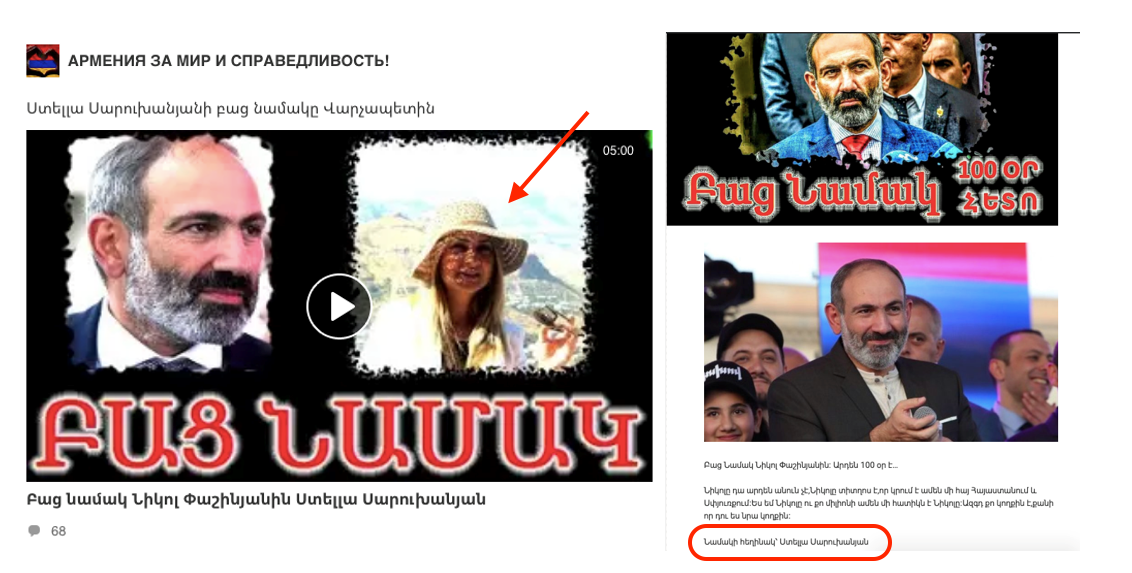 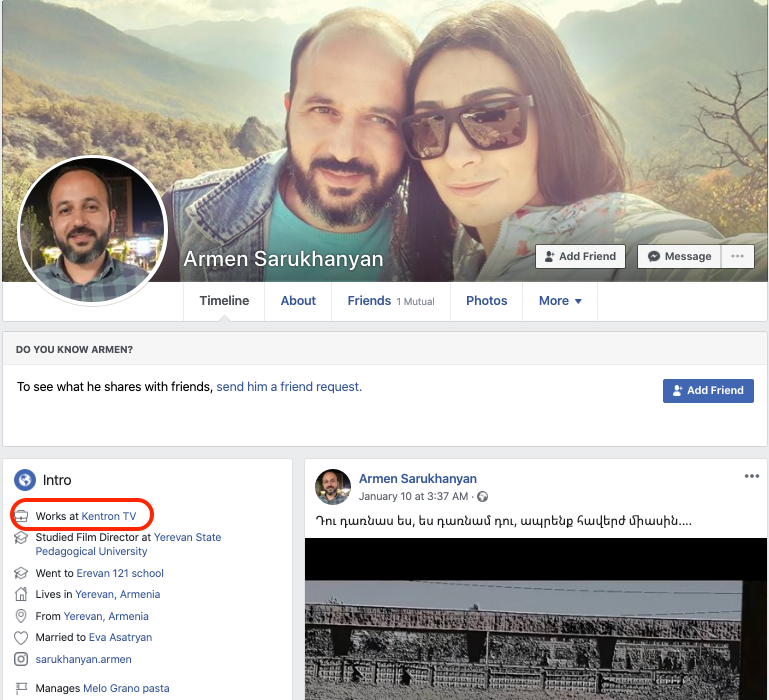 Many photos posted on Shavarsh Sarukhanyan's Facebook page show his work with his counterpart Hayk Karapetyan. 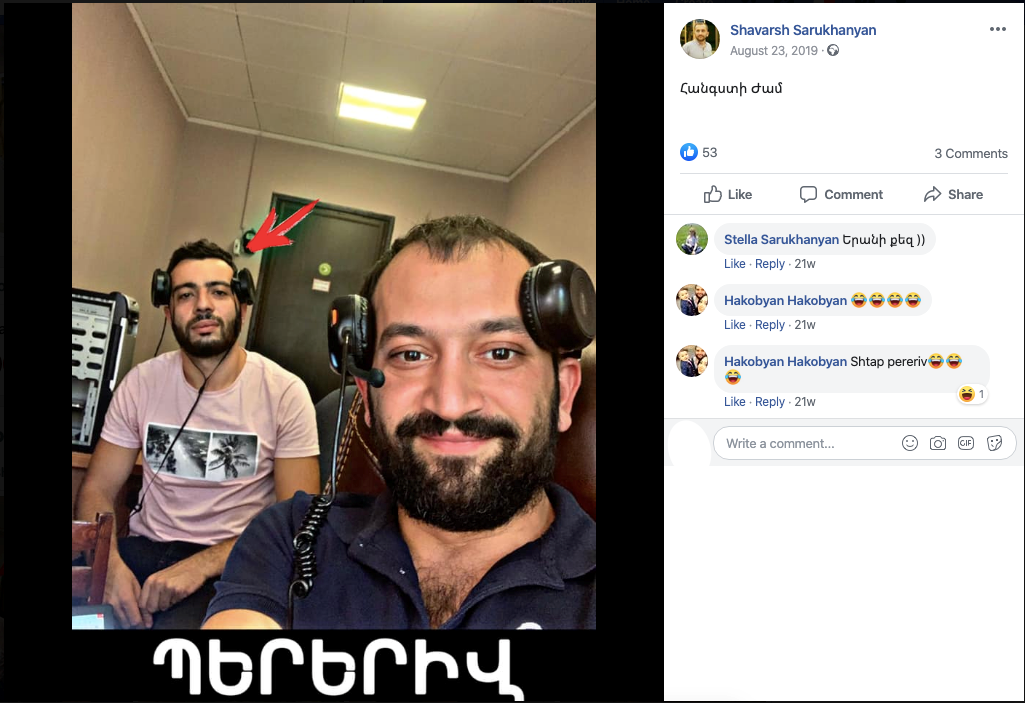 Hayk Karapetyan is one of the coordinators of afore-cited YouTube channels with Shavarsh Sarukhanyan. He already managed to deactivate his Facebook page. 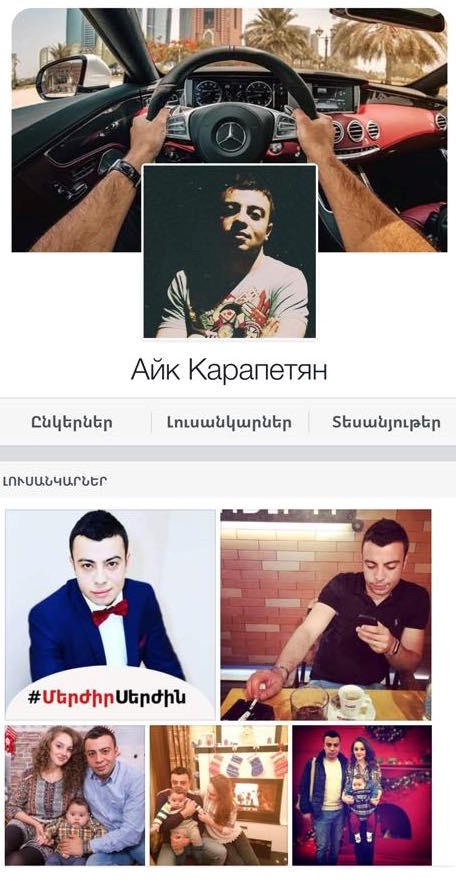 Hayk Margaryan (Dzed), a close friend of Hayk Karapetyan, is also the counterpart of Shavarsh Sarukhanyan. 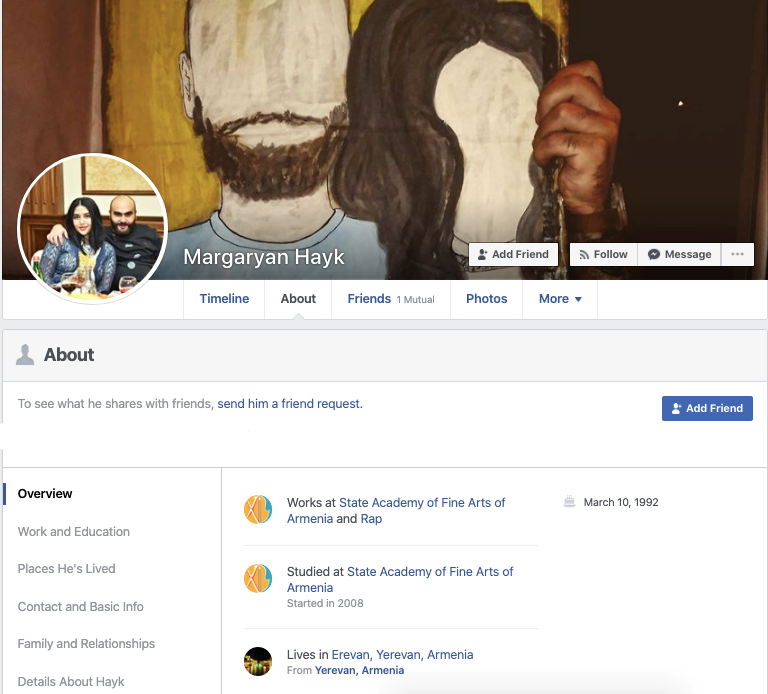 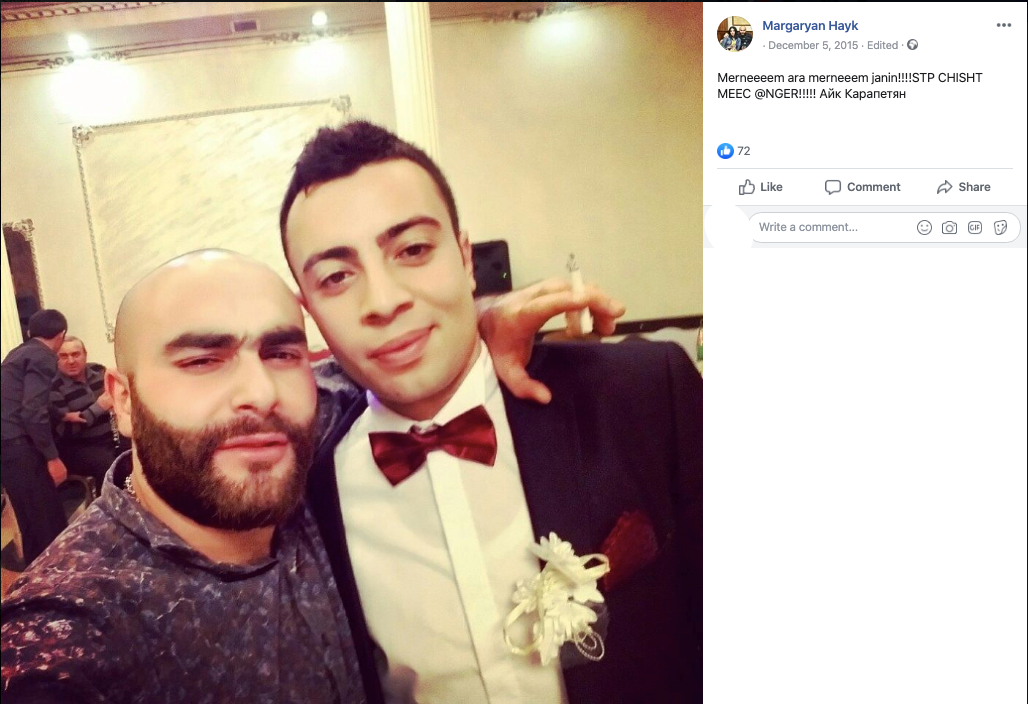 Hayk Margaryan generally shares the videos of ArmTube TV and SHD ARM TV YouTube channels to his Facebook page, from which we can assume that the latter is the coordinator of these channels. 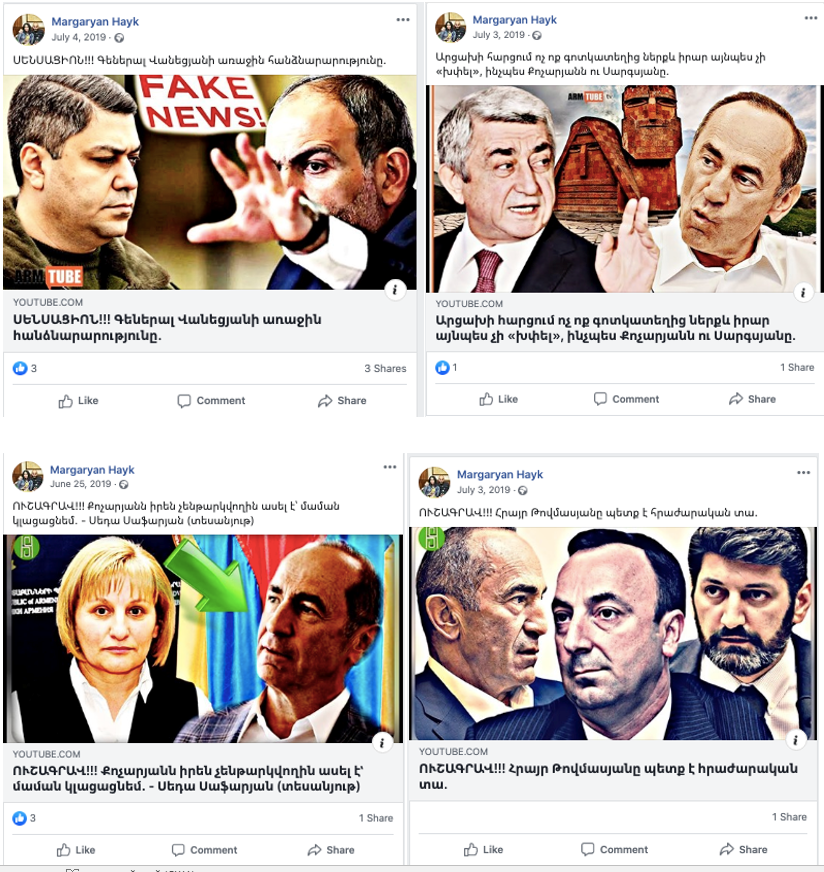 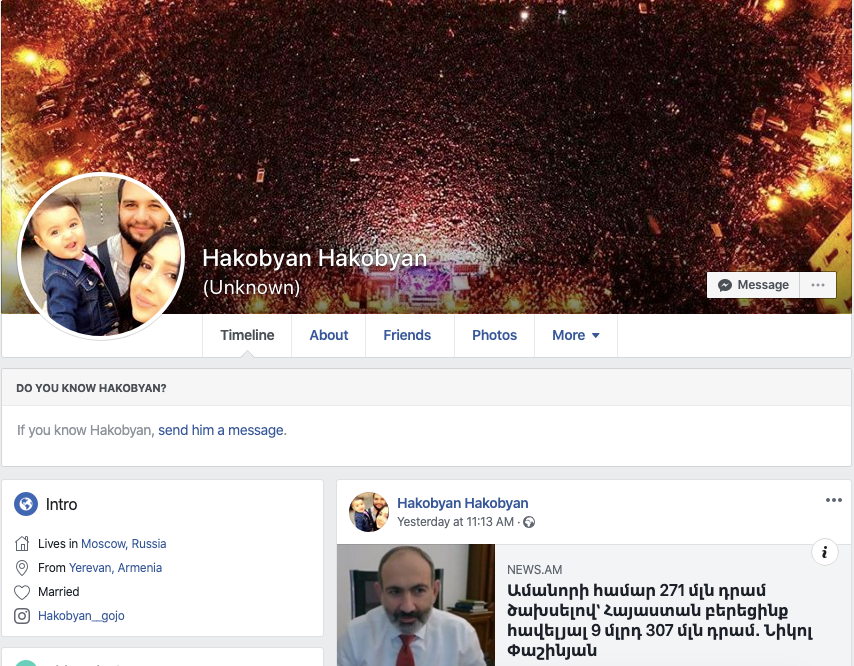 On January 23, the founder of AntiFake.am, Narek Samsonyan, spoke about this topic in his Facebook live stream, after which Shavarsh Sarukhanyan made a post and two videos in this connection confirming the information mentioned above in essence. Speaking on the voice of the videos Sarukhanyan noted that it does not matter who speaks in videos not denying again the information that it has been done by his sisters.

The similar YouTube Channel, "Perfect TV", is coordinated by Vigen Sukiasyan.  The latter deactivated his account in Vkontakte social network after the live stream of AntiFake.am founder Narek Samsonyan. 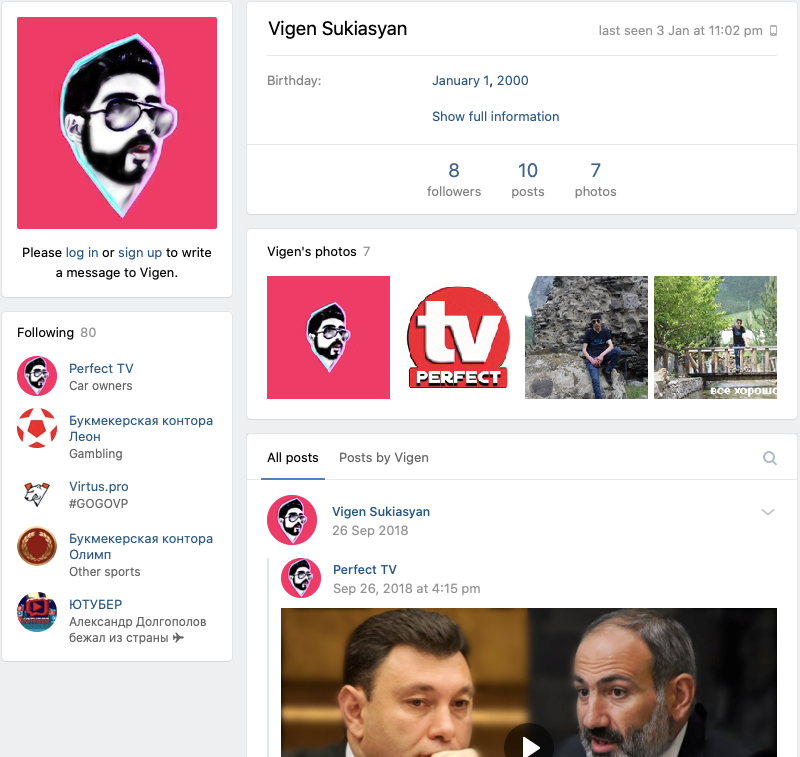 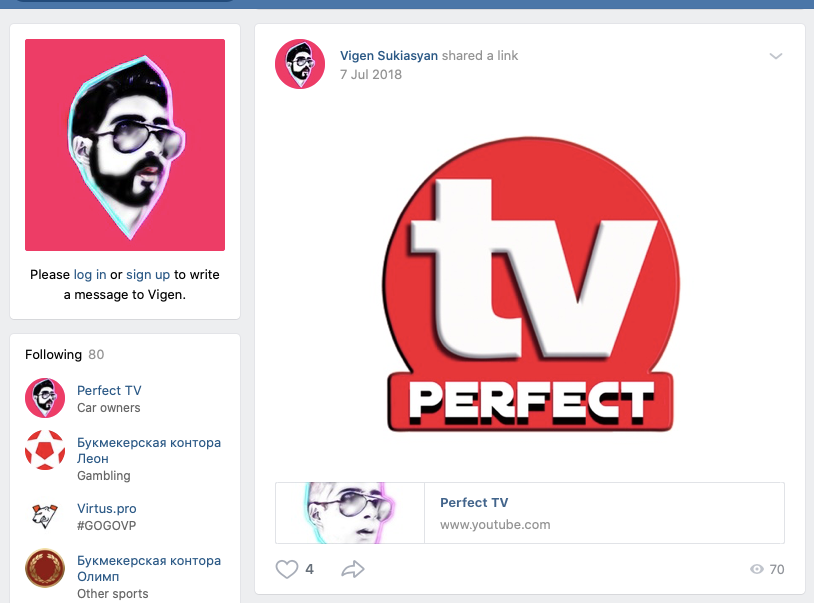 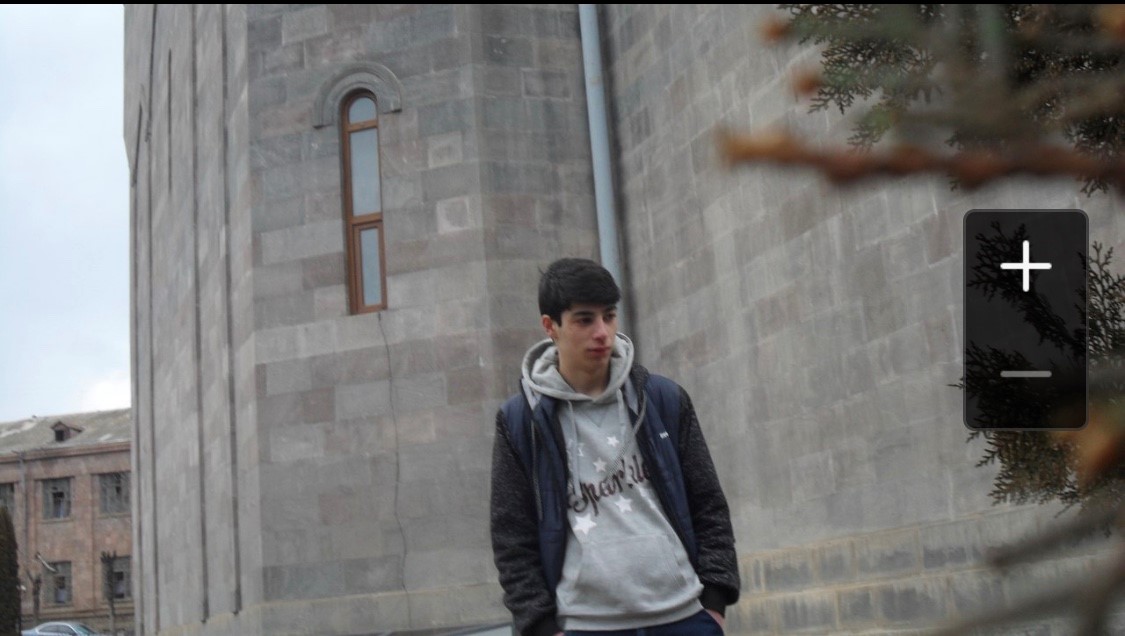 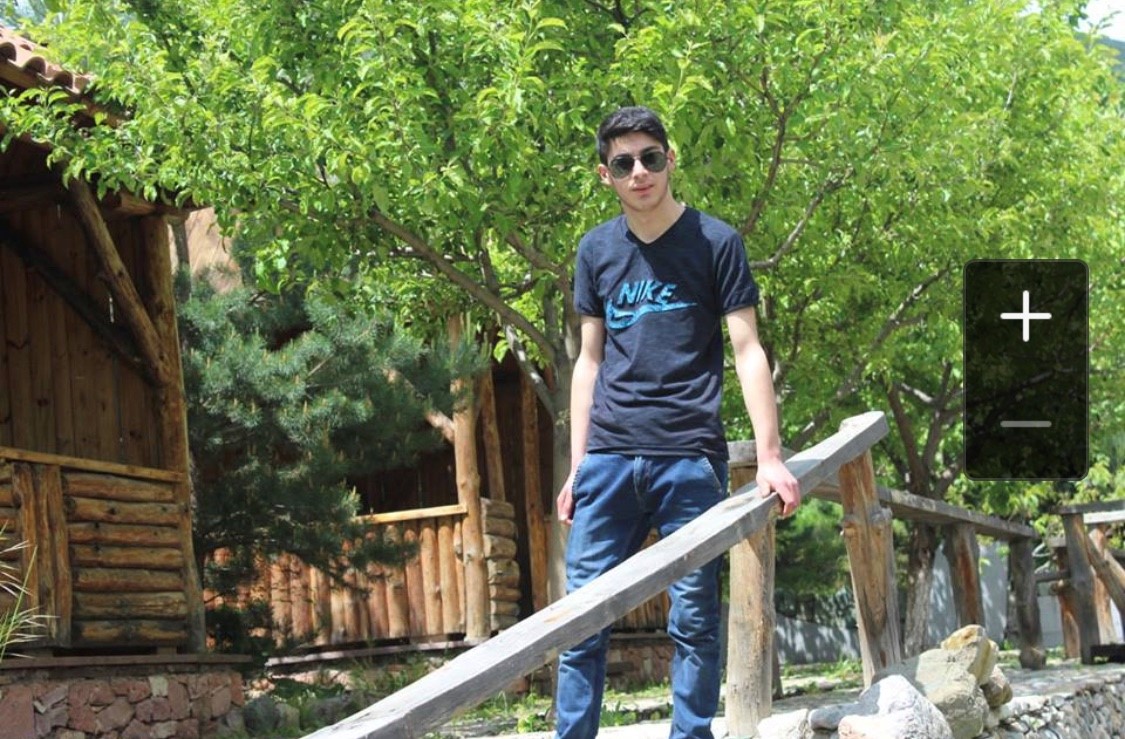 The period of creation of these YouTube channels, their content, and resources speak of having a large number of funds, which, according to our information is provided by the authorities. AntiFake.am has data on the provider of funds, the transmitter, the coordinator of the Authority-YouTube channels, but at this stage, we do not find it appropriate to publish them.

However, it is undeniable that Prime-Minister Nikol Pashinyan personally takes the responsibility for above-mentioned actions.

We can remind you that Pashinyan has shared videos on his Facebook page of his own "PerfectTV" YouTube channel that spread hatred, lies, and fabrication. 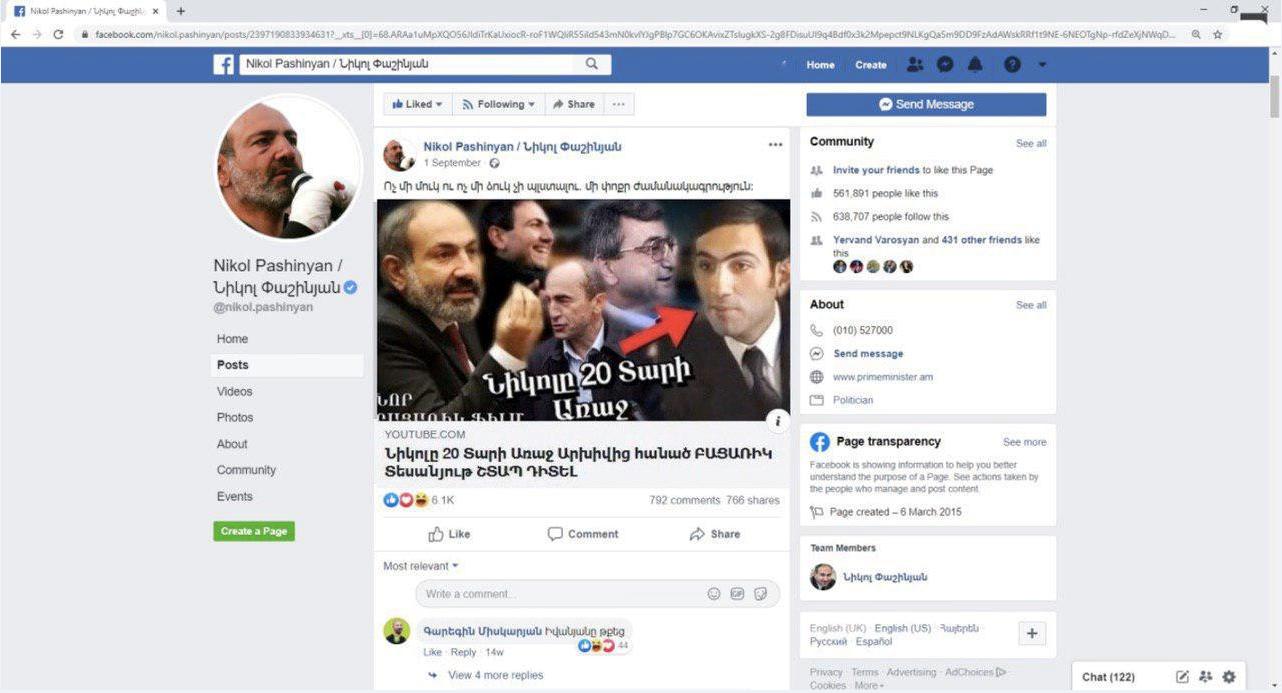 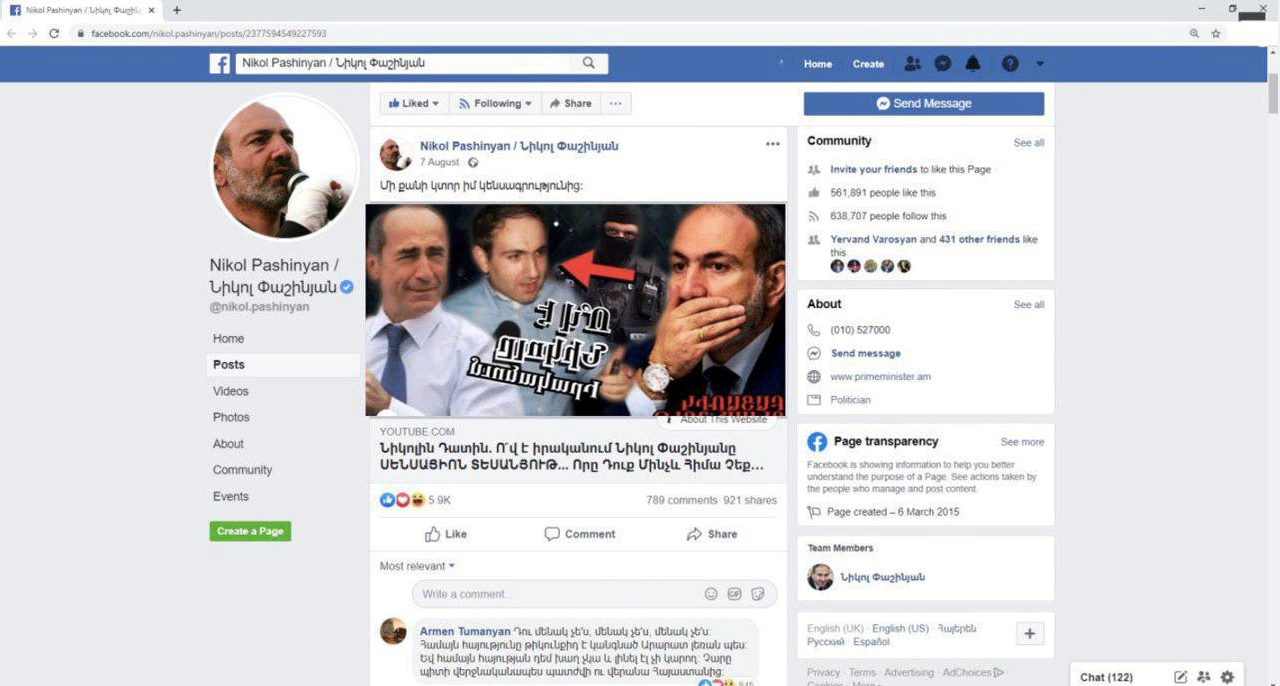 It is, therefore, no coincidence that every publication on the connection with these YouTube channels is followed by the anxious "clarifications" by Public Relations and Information Center SNCO at the RA Prime Minister and its staff (more commonly known as "Fakes' SNCO").

Narek Samsonyan's live broadcast was followed by the "clarification" of SNCO employee Rafael Afrikyan, in which he says: "The owners of "Perfect TV" and "Nvideo Only1" YouTube channels are not fakes. Those people put their data in it under the videos. A journalistic inquiry?" 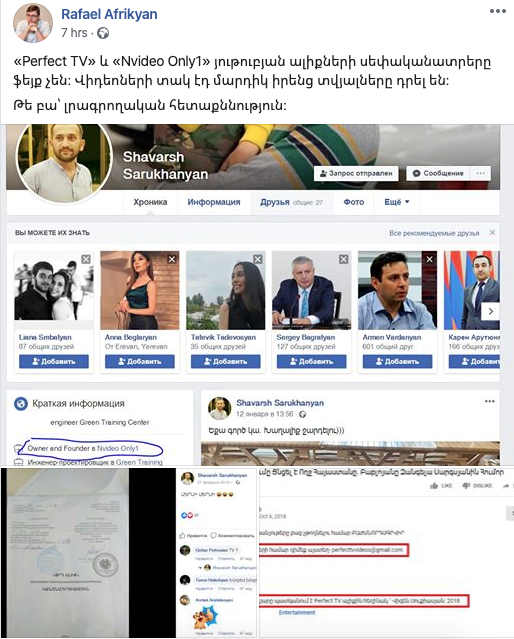 Samsonyan, meanwhile, had personally published the names of the coordinators of the aforementioned YouTube channels. Therefore, the SNCO staffer's explanation, to put it mildly, is inappropriate and speaks to the concern over this topic.

Interestingly, 8rd. am, NVO1 and YouTube channels affiliated with them compete with PerfectTV. The waves, by not compromising one another, are creating and spreading new and larger-scale lies and falsehoods, increasing the proportion of hatred sown in society. 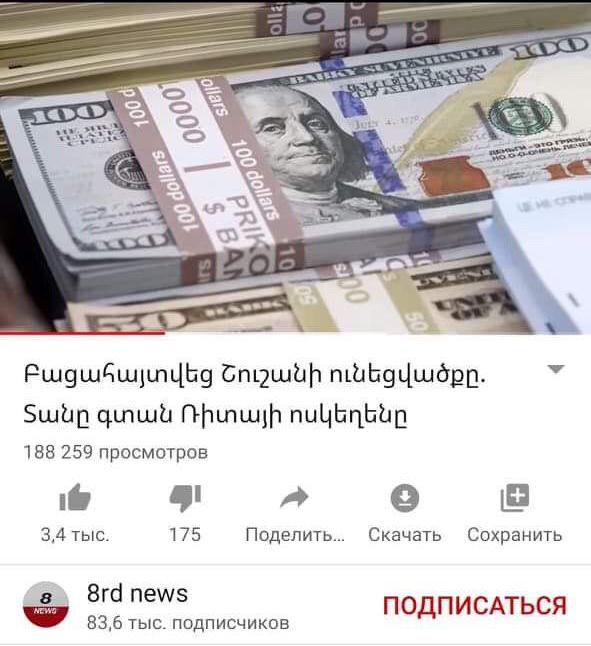 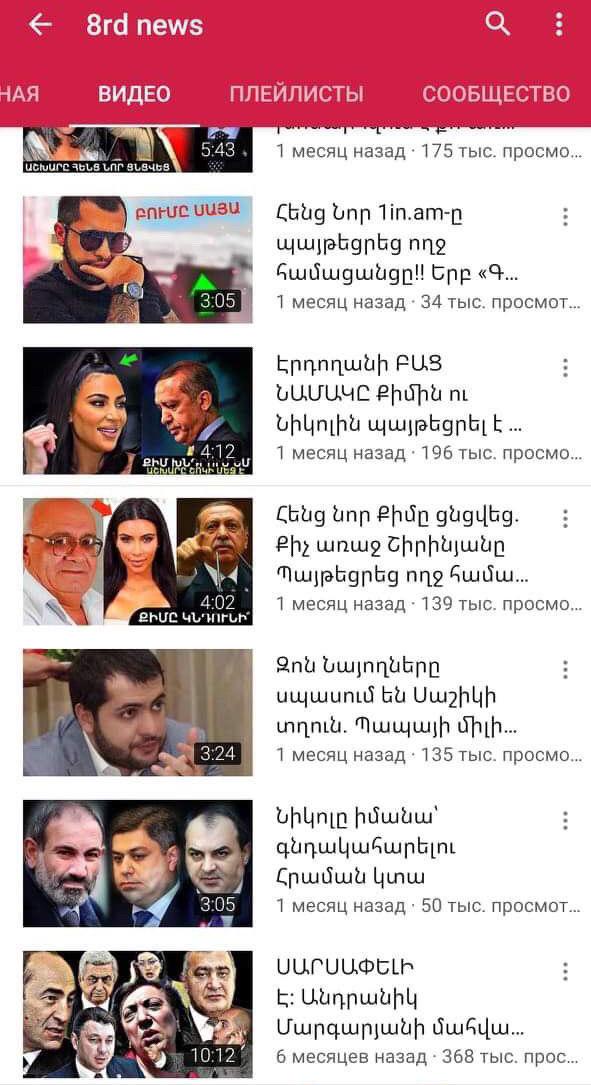 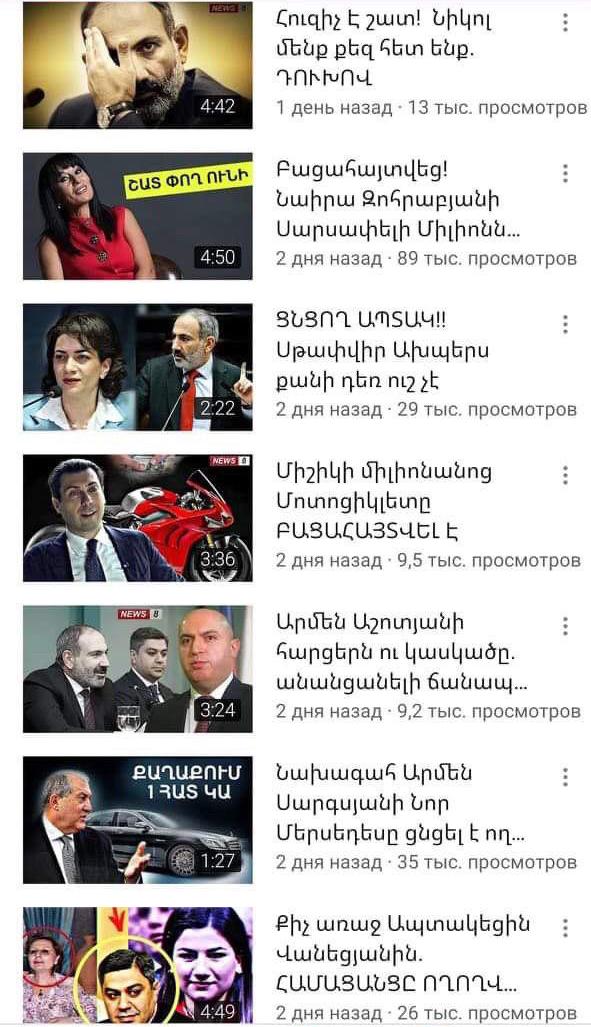 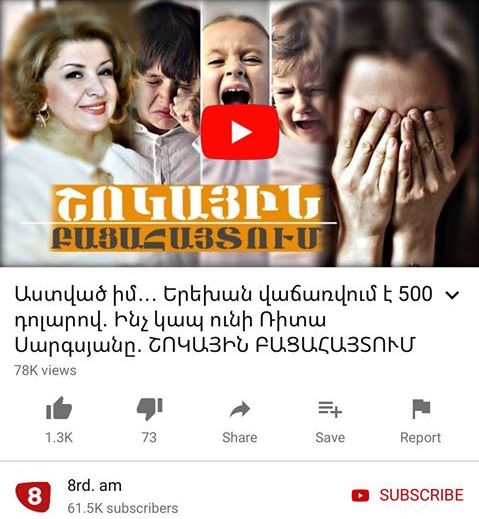 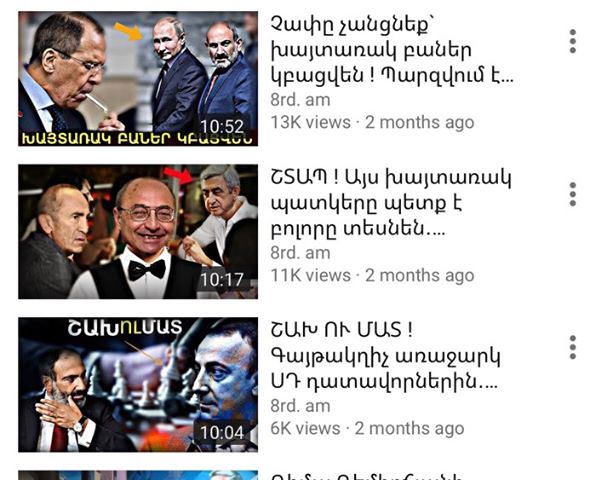 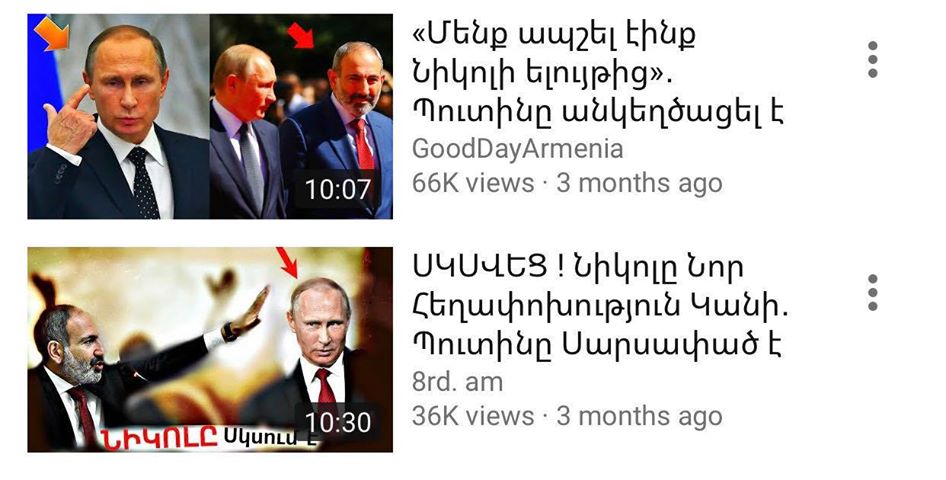 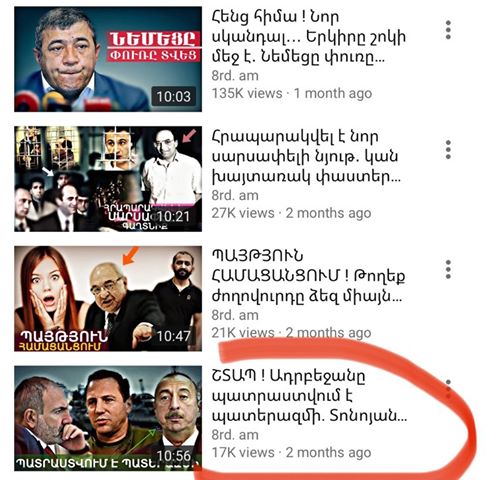 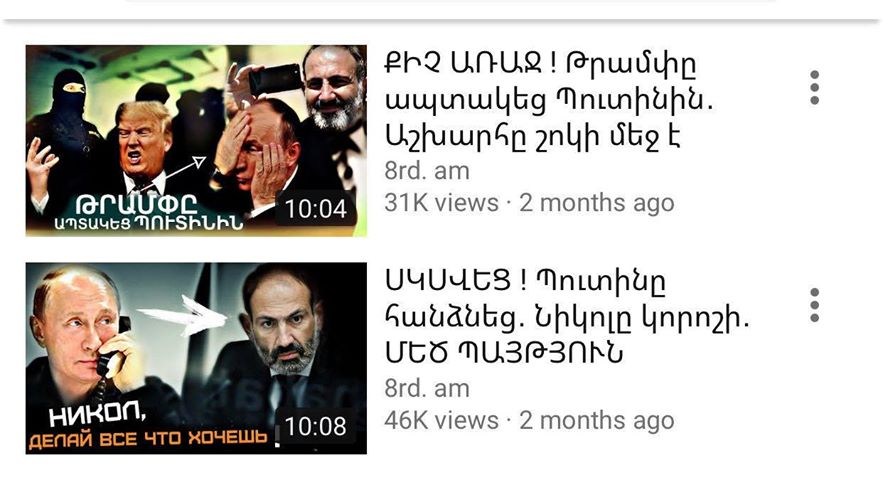 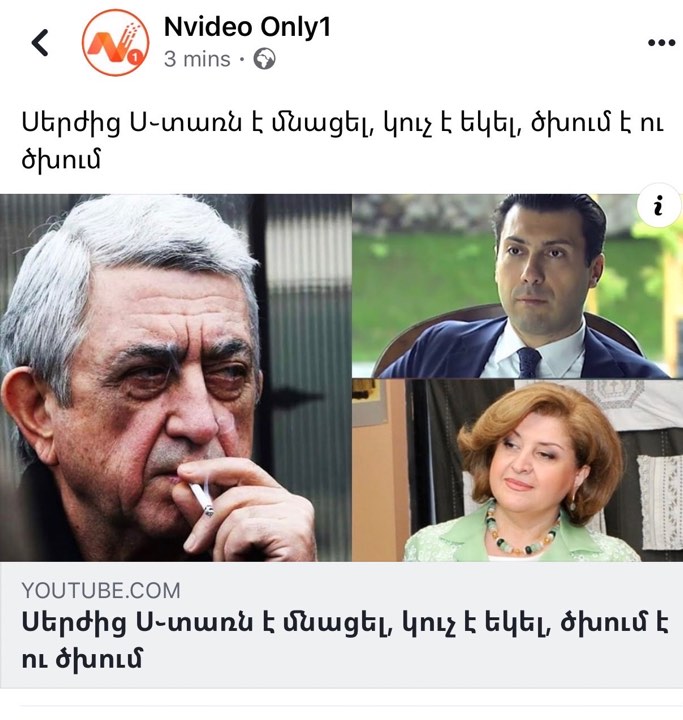 Armenian and Russian versions of the Article.