Armenian news week was filled with events both in Armenia and in Artsakh and around the world.

Presidential and Parliamentary Elections in Artsakh

Presidential and parliamentary elections were held in Artsakh on March 31, which registered a quite high voter turnout.

Yesterday an open televised debate between the presidential candidates took place and Masis Mayilyan, one of the main candidates, did not take part in it.

Note that three candidates were the most active members during the debate.

They were Arayik Harutyunyan, Vitali Balasanyan and Ashot Ghulyan.

The above-mentioned candidates expressed themselves within the limits of correctness and the logic of the established format although they asked each other rather sharp questions. We observed each candidate during the debate and presented the summary of the debate.

The OSCE Minsk Group Co-Chairs and Foreign Ministries of several countries also touched upon the elections. The reaction of the international community to the presidential and parliamentary elections took place in Artsakh (which in some cases is not new) tends to intensify. About what steps the Armenian authorities are taking to succeed in this direction, we can be assured of their registered "successes" in the internal and external relations.

We also presented the compact infographics of the results of the elections. 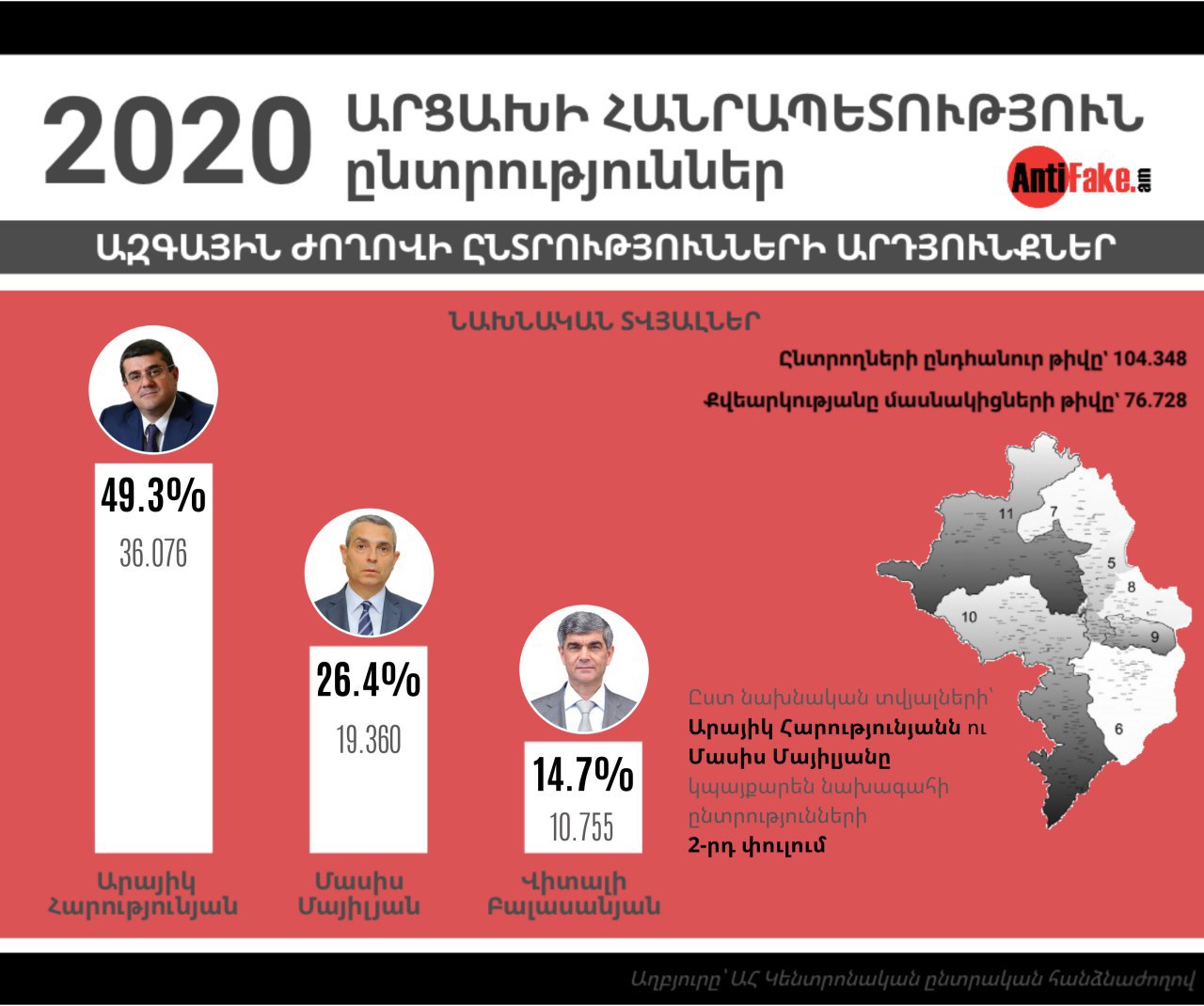 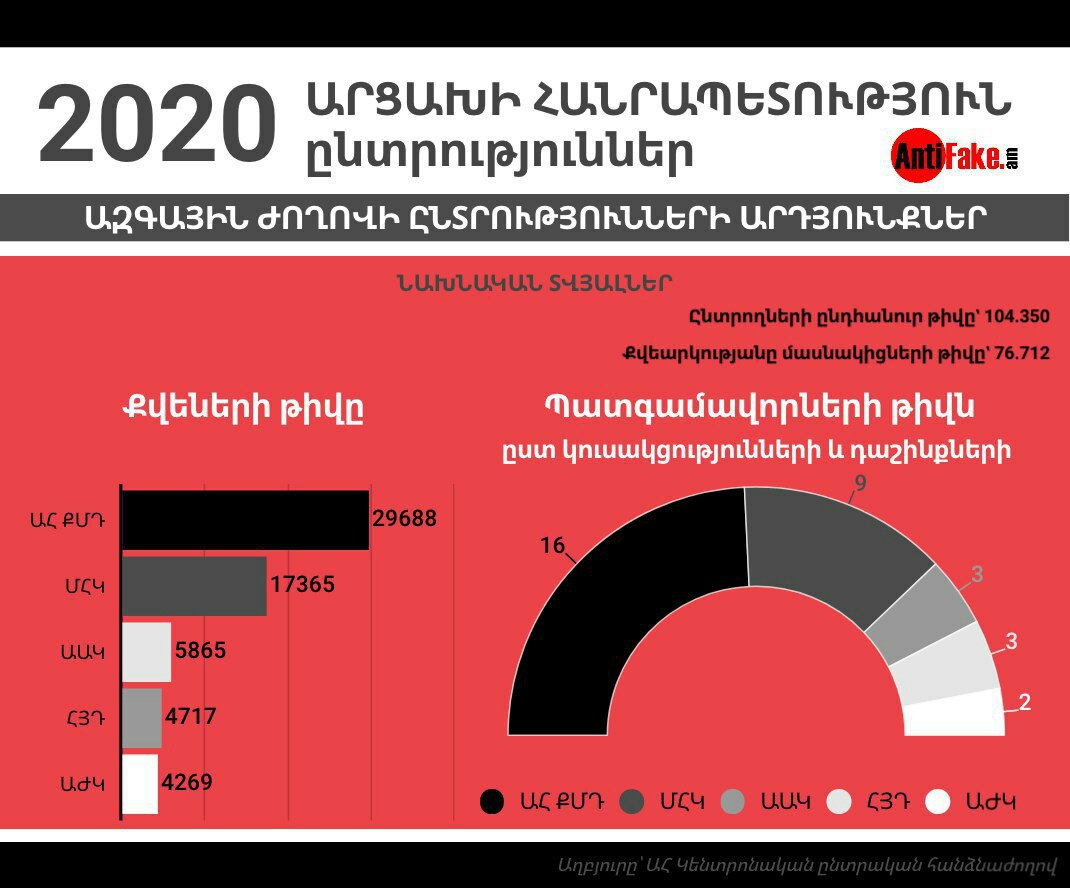 During those days the enemy continued to provoke not only on Artsakh-Azerbaijani but on the Armenian border as well.

The enemy also fired on the Armenian border villages, in the result one child living in the Voskevan community was injured being at the balcony during the shootings. 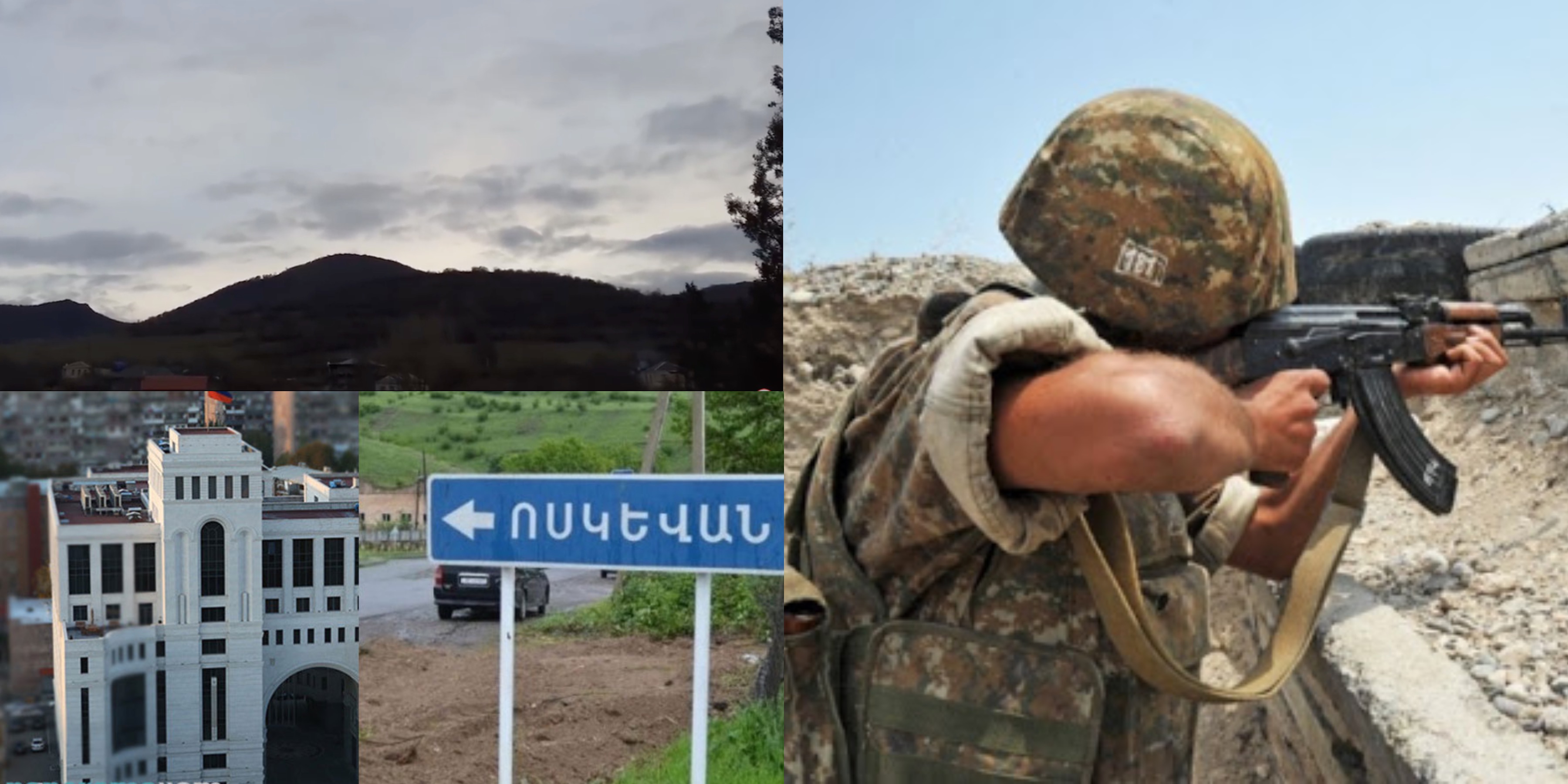 Fortunately, the situation on the border was stabilized, but the Azerbaijani side continues its insidious and provocative actions even during the global pandemic.

It is noteworthy that our authorities, who consider Aliev as an "educated" person and consider the solution to the Nagorno-Karabakh conflict acceptable also to the people of Azerbaijan, do not seem to be so concerned about this incident.

The Controversial Bill to Get Personal Data from Mobile Phones

Due to the state of emergency, the government proposed procession the information on personal data and location of individuals through mobile phones in case of an emergency declared to prevent the spread of the coronavirus pandemic.

Specialists alarm, that the bill was passed with all the violations of parliamentarism. 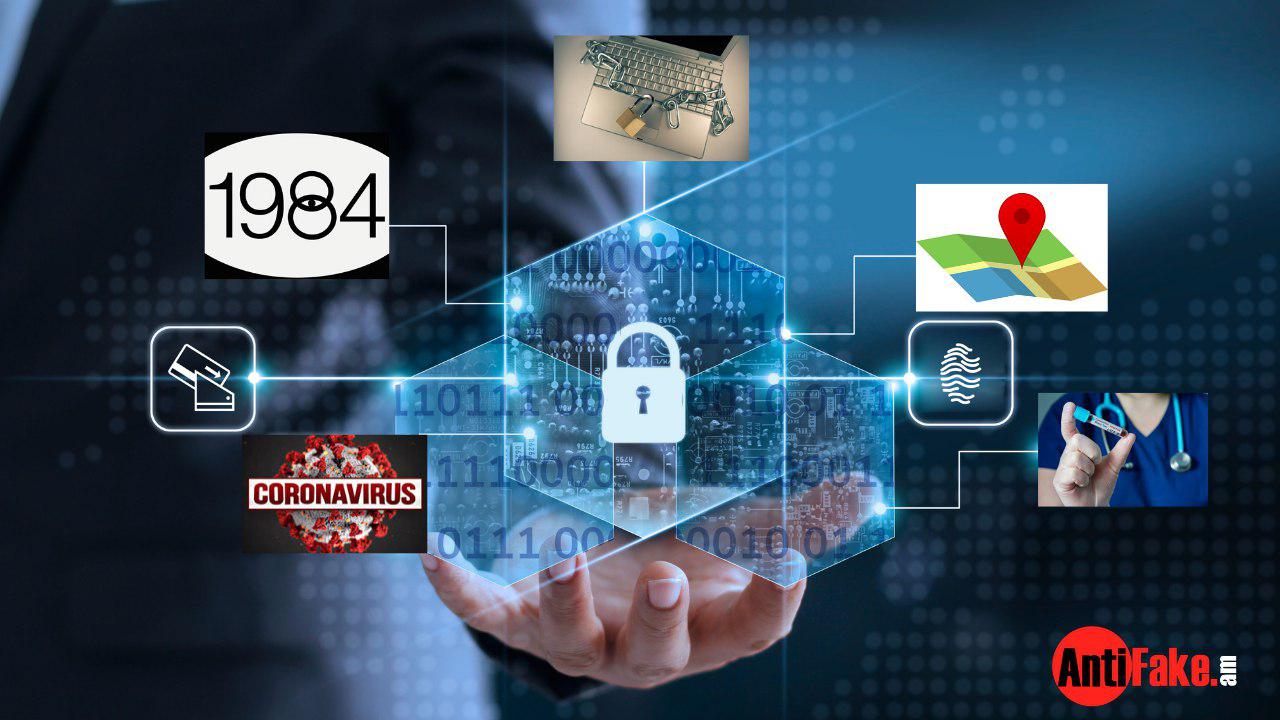 Read AntiFake.am's publications on the topic of how it happened, how it was not accepted, who helped to adopt the controversial bill and who voted for.

Due to COVID-19, the state of emergency declared in Armenia continues and the public is very sensitive to the news concerning COVID-19.

At first, the photos appeared on the Internet caused lots of agitation and anxiety. The photos show how the whole hall of the Karen Demirchyan Sports and Concert Complex was covered with beds.

The Prime Minister's spokesperson Mane Ghorgyan gave clarifications on this topic. "Different places have been selected, which can serve effectively for the isolation of our citizens if such a need arises. The Karen Demirchyan Sports and Concert Complex is one of those places. We want to emphasize that the need to use the complex for this purpose may not arise," she said.

The questions raised by AntiFake.am are consistently ignored by the members of the government. During press conferences in the government, the spokespersons simply do not read our questions, which means that in this issue, especially during this period, the authorities show discriminatory attitude. 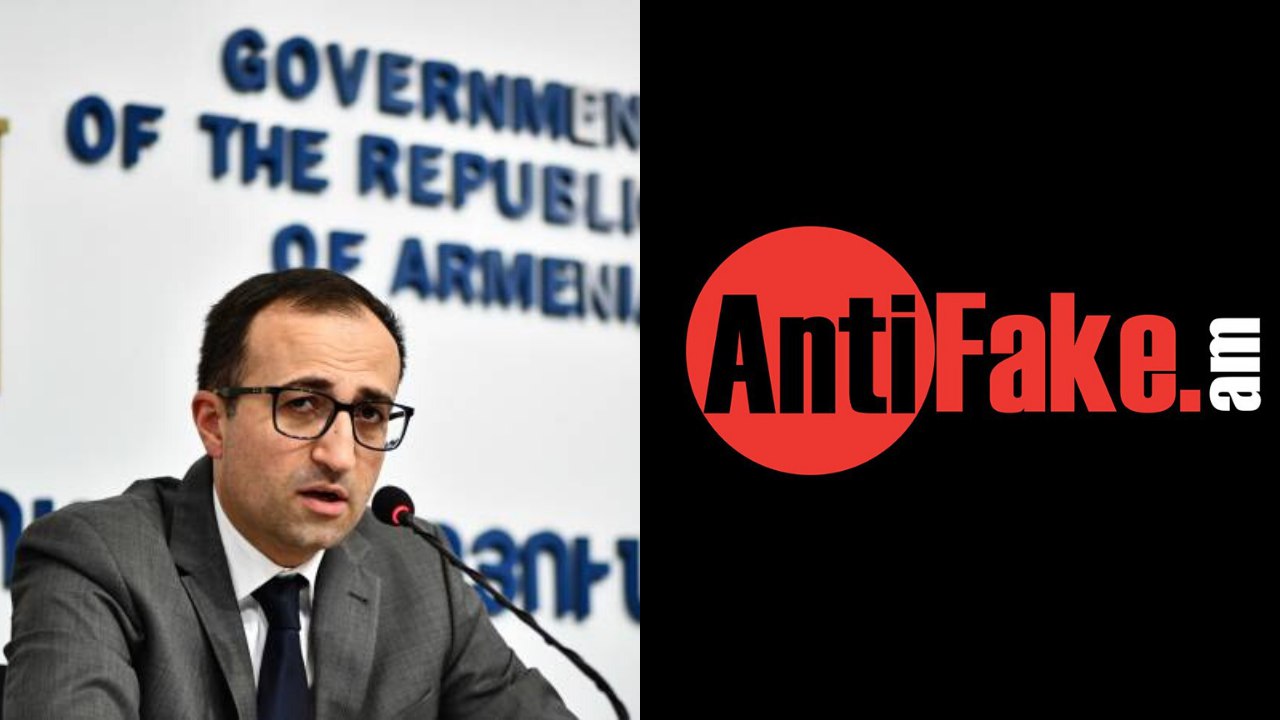 The Paretatun (ad-hoc department coordinating actions of authorities during the state of emergency) was also spreading panic. At first, a decision was published according to which new restrictions had been envisaged in the Charentsavan community, except for the Fantan village, and the population's access would be restricted. However, it was later announced that the decision was the result of a "technical mistake" and the new decision was announced to invalidate the previous. As a result, the Paretatun was making panic among the residents of Charentsavan and the surrounding communities, which were unprepared for the restrictions. 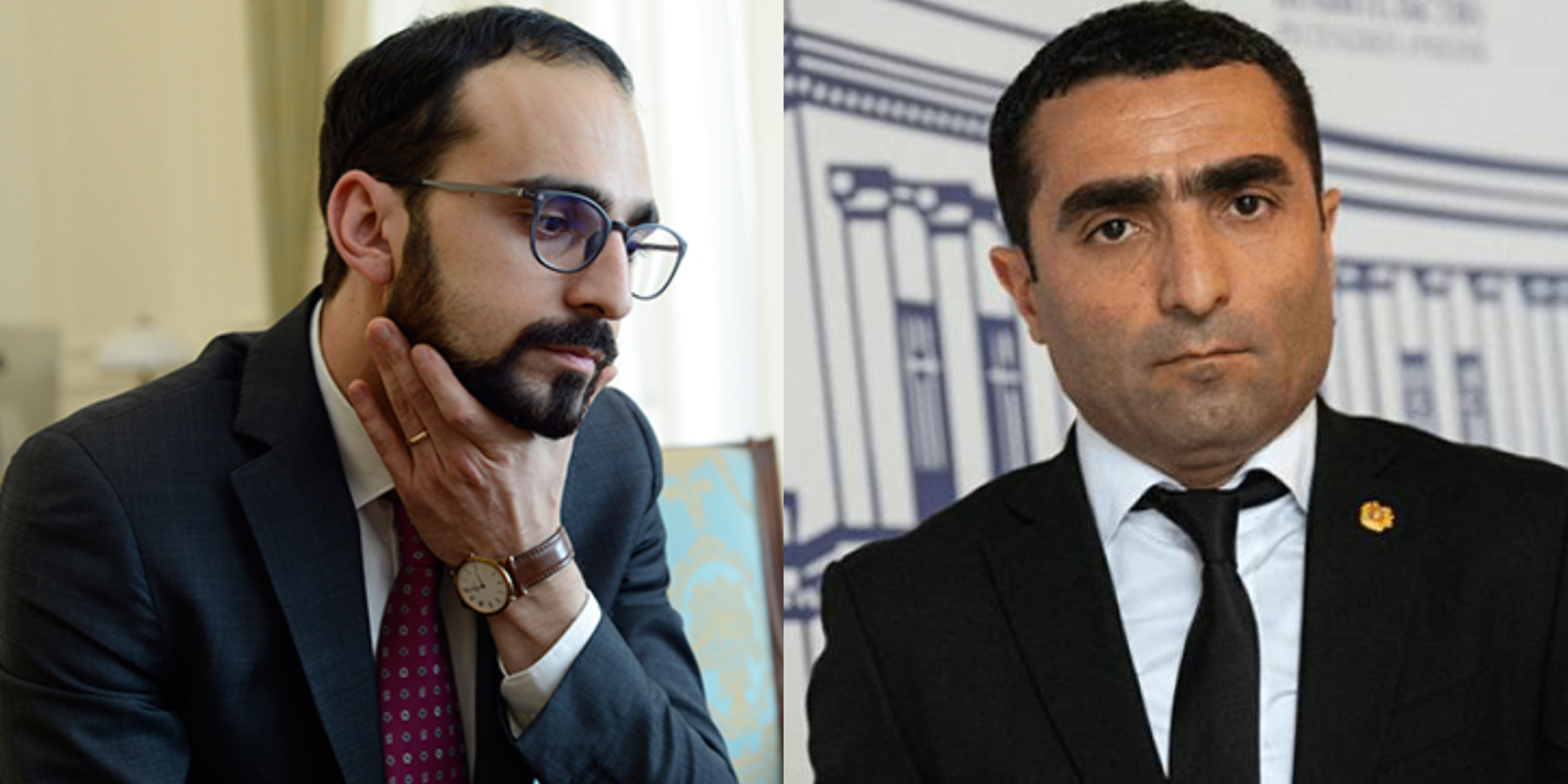 In parallel with the large volumes of world shopping, the number of poor quality medical equipment, masks, medical kits as well as COVID-19 tests is increasing.

We also told how the scientists consider the "rapid" tests for the coronavirus. 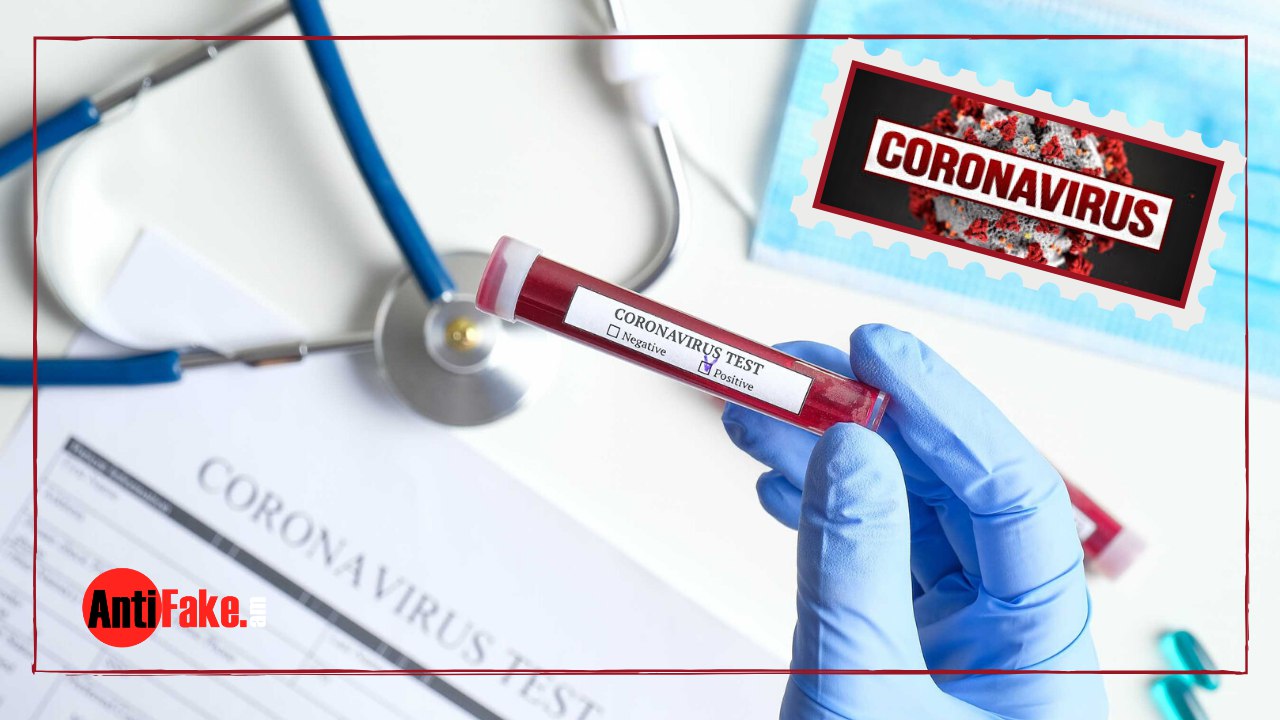 It is time for Arsen Torosyan, Minister of Health, to change his opinion concerning the vulnerable groups of coronavirus. It turns out that it is more dangerous for children, especially newborns.

The reason for the higher risk among newborns is that their immune system is still in the developing stage. At birth, the newborn still retains antibodies transmitted from the mother, maintaining certain durability to viruses. That protection disappears during the first months, while the child develops his immune protection.

"Haykakan Zhamanak" and "Azatutyun" published manipulative infographics on coronavirus indicators. The data were presented in such a way to make the impression that coronavirus cases were declining. However, the number of cases diagnosed with coronavirus in Armenia is increasing day by day. 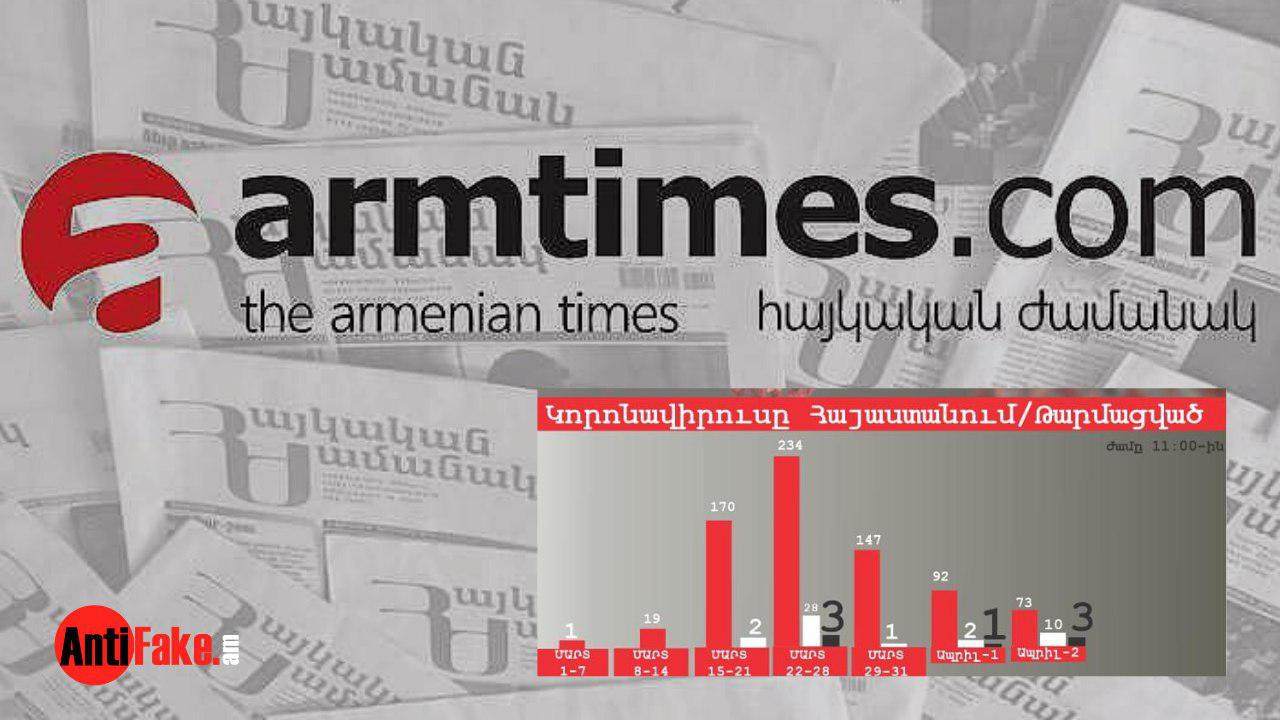 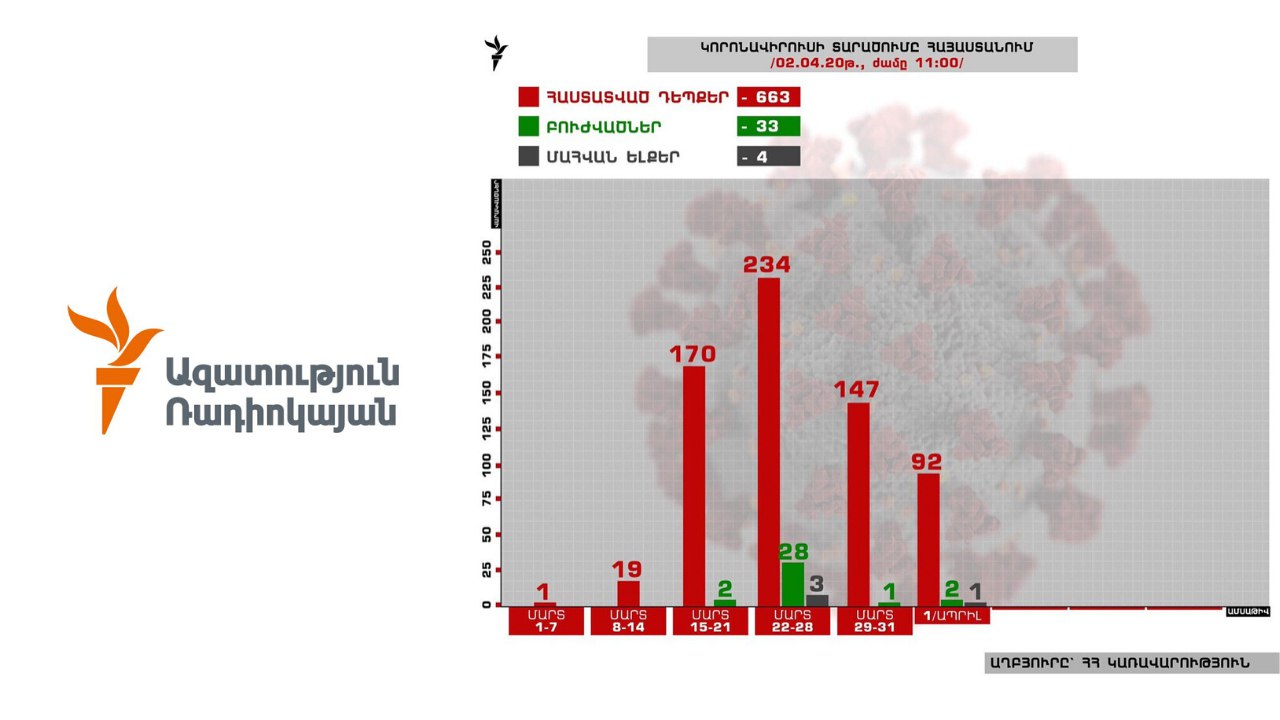 Users were actively spreading thե "news" the Italian billionaire threw all his money on the streets after losing his family due to coronavirus disease. As a result of an interesting fact-check, we found out that the spread photos were taken in Venezuela, and the reason for the money appeared on the streets was of growing inflation. 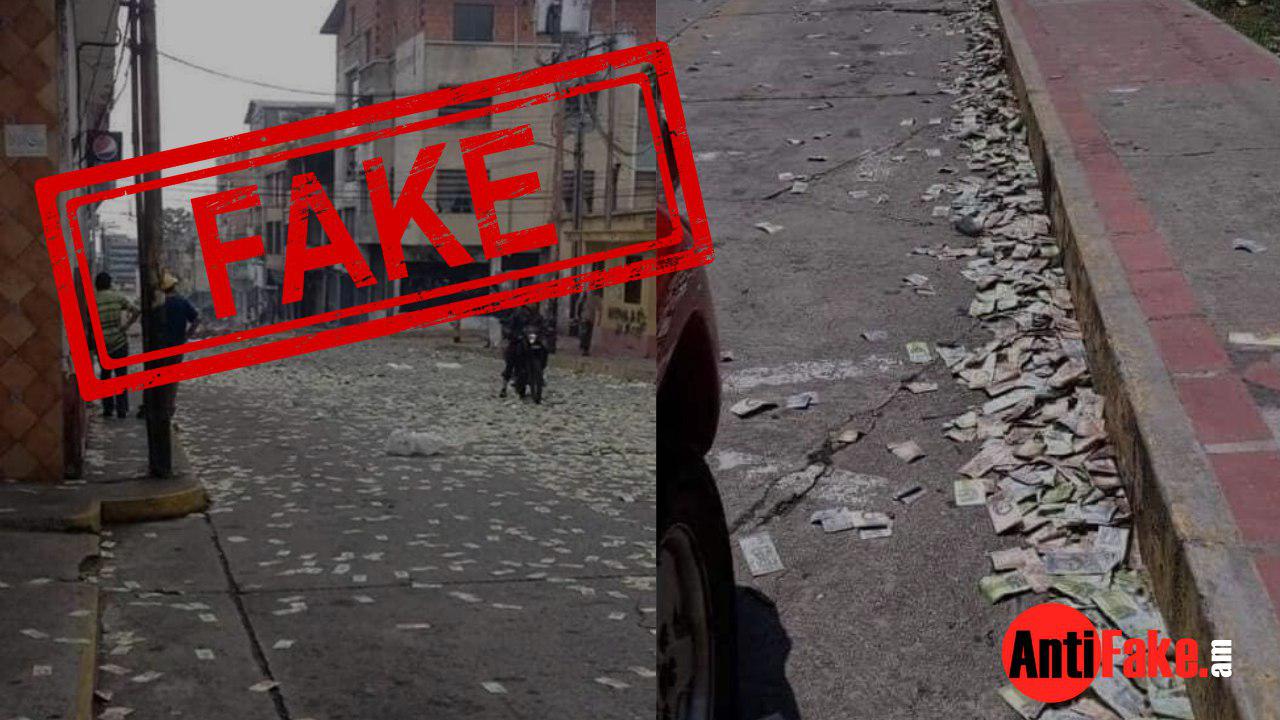 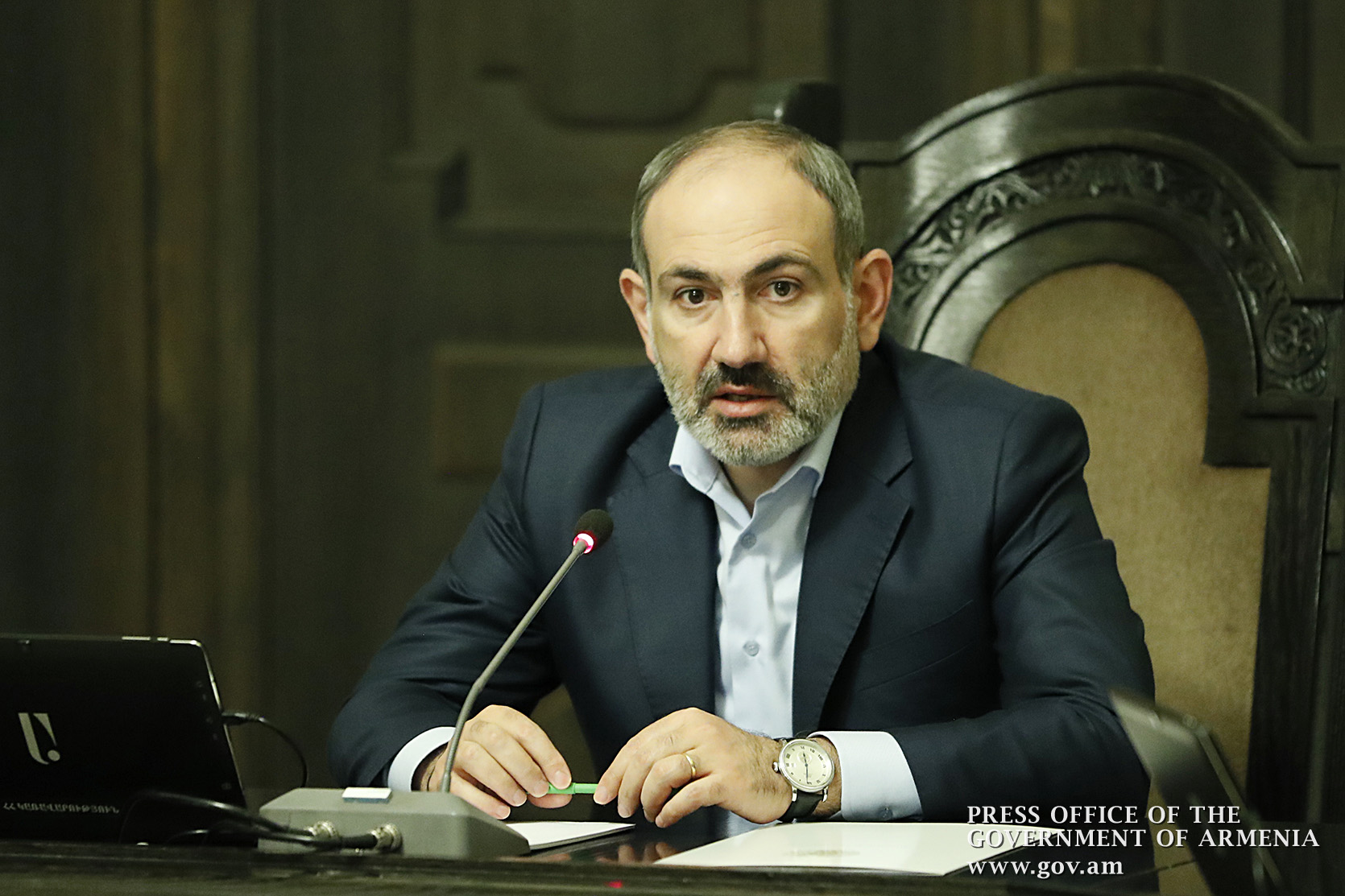 Nikol Pashinyan's speech had been edited. On March 29, Prime Minister Nikol Pashinyan convened a consultation with the participation of importers and exporters. The video was posted on the government's official YouTube channel, then deleted, then re-posted, then deleted, and then posted in an edited version. The press release of the meeting was also edited.

In the removed section from the edited video, Nikol Pashinyan talks about the agreements reached with the Russian Federation and reveals internal problems, which perhaps the authorities do not want to raise. Or maybe Nikol Pashinyan was informed by the Russian authorities that there will be no short of goods in Russia without imports from Armenia and there is no need to "worry".

Recently, conversations and assumptions about the price of gas have been growing in connection with Gazprom's new price offer. We presented Nikol Pashinyan's previous manipulations and current issues on this topic.

If we believe in the opinion of some experts, the sale of gas mostly has political, not economic nature for Russia. Does it turn out that the Armenian-Russian relations are not "brilliant" and there are several problems or maybe the reason for those problems is the anti-Russian shades of the current government or Pashinyan's conversation with Lukashenko but not with Putin on the price of Russian gas?

Within the framework of our ongoing work, we have sifted 218 fake accounts that support Anna Hakobyan on Facebook. 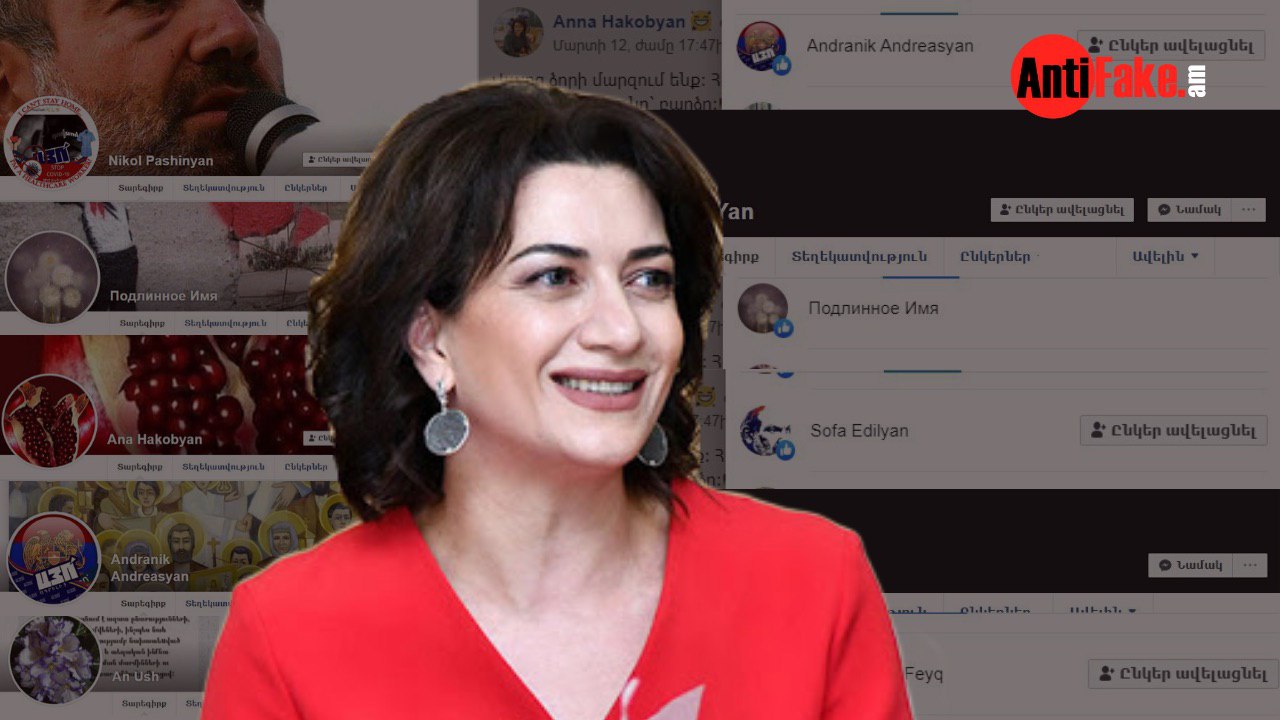 Importers alert on the problems the State Revenue Committee cause at the Bagratashen customs point. According to the importer, the State Revenue Committee demands payment about 4 million drams in tax liabilities, after which the restriction would be lifted. Importers argue with this approach. "At first the goods must reach the owner, then we will pay our tax liabilities." There is no guarantee for the importer that he will get the cars if he pays. 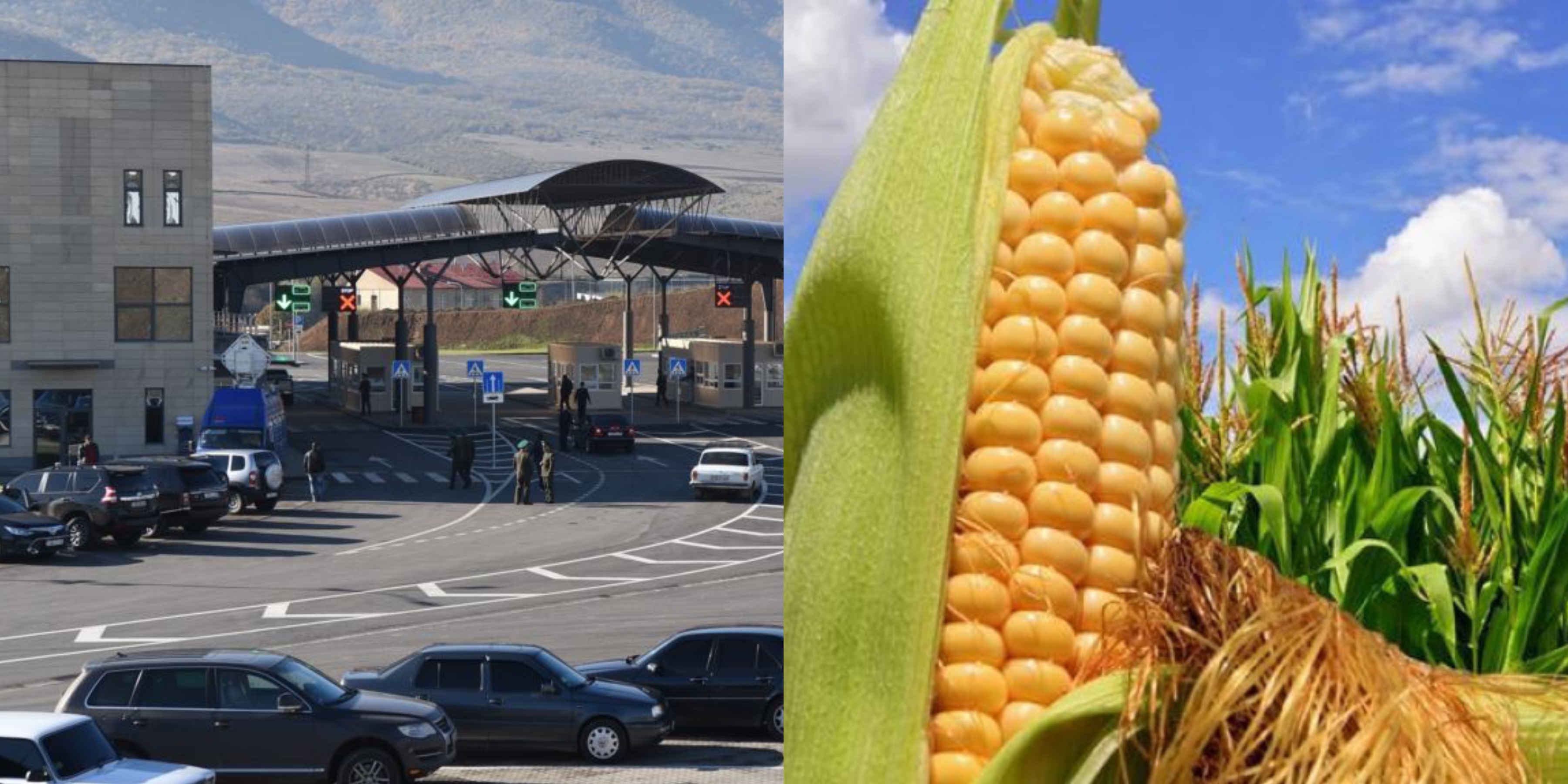 On the anniversary of the April Four-Day War AntiFake.am told about several prominent military servants as well as had a conversation with a soldier who participated in the Four-Day War.

"Now, when I look back to the days of April, as well as no less difficult and responsible months are that followed, I already know the answers to all the questions for which we all went through it proudly, without any complaint. The April war was not a battle of territory, land, state, nor existence. The April war was a struggle for values, dignity, principles and the preservation of Armenian identity. The April war is what every Armenian should be ready for otherwise, patriotism and heroism will simply become an empty pathos,”.