Soon it will mark one year into Pashinyan’s administration.  Social networks, particularly Facebook, have played a major role when he was rising to power.  The prime minister himself spoke about that during his visit to Davos.  Currently, besides the prime minister, a number of executive and legislative representatives are actively using the Facebook Platform, and it seems that the latter has become a means of informing, as well as a way of discussing and adopting important decisions. The media has become a secondary source of information instead of being the primary one. There is a general impression that social networks have come to replace the media. Officials prefer the social platform and subordinate the media to it. They can quickly send any piece of information to their audience through a single Facebook post.  Often the mass media refers to the Facebook pages of the officials when disseminating information.  Sometimes it is not even possible to find any information disseminated on an official website. Here are some examples:

The next example refers to the clarification on appointing Harutyun Madashyan as a prosecutor, a case which was addressed by the Head of the RA Prosecutor’s Office Staff Division of Public Relations Arevik Khachatryan and Advisor to the Prosecutor General Gor Abrahamyan.  In both cases, the explanations were published on their Facebook pages, and there were no clarifying publications on the official website of the prosecutor's office.  Moreover, the mass media referred to the publications on the Facebook pages of the officials in this case as well and not to the official Facebook page of the prosecutor's office, which, by the way, does not exist (examples can be found here 1, 2, 3, 4).

The prime minister's Facebook activity, perhaps, is the most vivid example of the aforementioned.  Nikol Pashinyan often publishes posts on his Facebook page, tries to make an impression of keeping in touch with the public through live broadcasts by commenting on news circulating on media.  However, speaking about a number of issues during Facebook live streams, the prime minister answered only some of the questions which arose during the live broadcast.  If he responded to those questions in the presence of journalists, the latter would have raised questions about which they would like to receive some explanation. 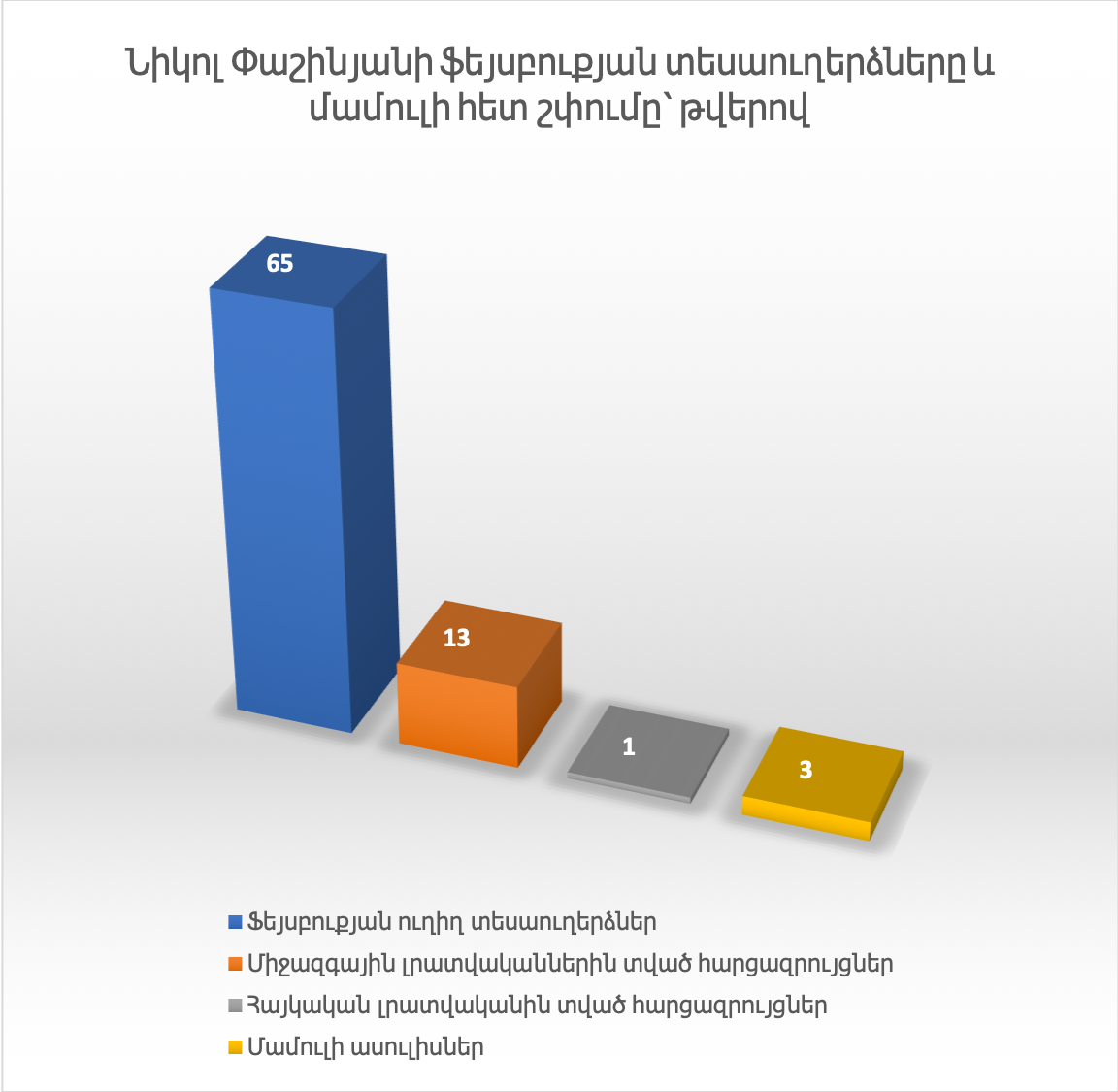 The option of providing information, discussing problematic issues and answering questions via social media subordinates the role of the mass media to social networks.

A wide public audience has gathered on Facebook, which directly receives information from that digital platform.  The criticism of the authorities towards the media is added to this, in which they present the activity of those media representatives, who criticize them, in a bad light, and indirectly call for denying that press.  It turns out that for the large part of the society, which unconditionally trusts the representatives of the government, only the information, given by the same representatives on social media, is available, and the other side of the coin remains unseen by that audience.