Pashinyan's family is the roof of the tobacco-exported cigarettes exported to Russia. exclusive details. TheNews.am 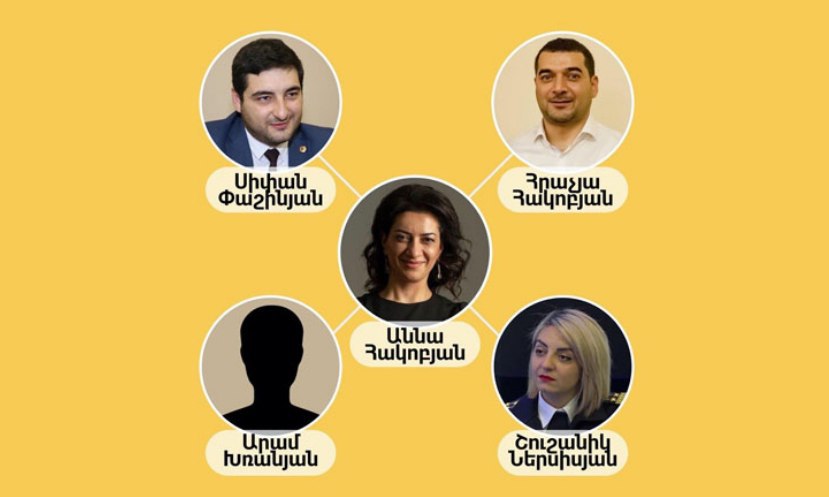 «TheNews.am»: "According to Infoport Telegram channel Russian law enforcement officers have seized a plane carrying 40 tons of smuggled cigarettes from Yerevan. After this news, information appeared on the press and on social networks that the brother of Nikol Pashinyan's wife, Hrach Hakobyan, a member of the "My Step" faction, was standing in the smuggling business with Russia. The latter, of course, hurried to deny this information.

Today, the Infoport telegram channel revealed exclusive details about the tobacco scandal. According to our reliable source, the cigarette was produced in the workshop belonging to the former chairman of the State Revenue Committee Vardan Harutyunyan. The author and organizer of the idea of ​​exporting tobacco to Russia by smuggling is Aram Khachaturian, the nephew of Khachatur Sukiasyan's brother, a criminal known as "Aramcho". Aramcho has been involved in various criminal stories for many years, has been convicted many times and has been in a US prison. After the recent deterioration of relations with Russian criminal authorities, Khachatur Sukiasyan petitioned the Armenian authorities to organize Aram Khranyan's return to Armenia, and the motion was granted.

Upon his return to Armenia, the Sukiasyans' in-law developed a business plan for the illegal export of cigarettes, guaranteeing that his trusted people in Russia's Krasnodar Territory would accept the cargo and arrange for its further sale, earning them billions of dollars in revenue. To get the "approval" to organize the business plan, the nephew of the Sukiasyans turned to the cousin of the RA Prime Minister Sipan Pashinyan, who said that Anna Hakobyan's intervention was needed to settle the issues with the State Revenue Committee, which could be organized. With the mediation of "Hrach Hakobyan" MP.

According to our source, after her brother's proposal, Anna Hakobyan instructed SRC Deputy Chairman Shushanik Nersisyan to organize the process of exporting cigarettes to "Nakolka Shusho", after which the State Revenue Committee registered the illegal cigarette as a household product and exported it to Russia.

According to our sources in the Russian law enforcement system, the first batch of cigarettes smuggled into Russia was successfully sold, and after the Russian authorities learned that Nikol Pashinyan's family was involved in the smuggling, they ordered to arrest the cargo and initiate a criminal case, revealing all the illegalities. chain.

According to Russian legal circles, 40 tons of cigarettes were exported to Russia under the guise of smuggled goods from Armenia in a state of emergency. Otherwise, this process would have been ruled out under tighter controls.

It should be added that the fact of illegal export of tobacco from Armenia is also confirmed by official statistics. Thus, the study of the list of 1000 large taxpayers regularly published by the State Revenue Committee proves that during the last two or three years the volume of taxes paid by the companies engaged in tobacco production, import and sale has doubled. Seven companies: Grand Tobacco, International Masis Tabak, GTI ARMENIA, FILIP MORIS ARMENIA, AVERS, DISTRIN 5 AMD 2016, SPS tax and duty, then the amount paid to them in 2019 amounted to 121.1 billion drams.

Such a sharp increase could be explained by the growth of exports, but official figures say otherwise. In 2018, the companies engaged in the sale of tobacco in the domestic market of Armenia paid 61.2 billion drams in excise tax, and in 2019 - 71.7 billion drams. In other words, the growth was 10.5 billion drams or 17%. If we subtract from this number Since excise tax is applied exclusively to products sold in the domestic market, if from January 1, 2019, in case of deducting the surcharge due to excise tax increase, it turns out that in 2019 10% more cigarettes were physically sold in Armenia. , than last year. According to the results of the first quarter of 2020, this number has increased even more.

According to official statistics, Armenian citizens have started smoking more, or cigarettes with Armenian excise duties are smuggled out and sold abroad".